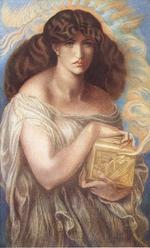 It has been a bleakish sort of a week in the world, all told, so perhaps I'm unduly inclined to grasp at straws. In any case, if you are looking for a bit of a pick-me-up, I recommend to you a post from the pseudo-pseudonymous "Jane Galt" at Asymmetrical Information. It is a timely reminder that things seem always to look worse than perhaps they are, and that things genuinely have been much worse in the none too distant past. This passage comes from the early paragraphs, before Ms. Galt reaches her main point, but it seemed to me to ring particularly true:

Anyone over the age of twenty is occasionally confronted with the ignorance of today's youth of some phenomenon that was utterly ordinary when we were their age. It is always disconcerting, perhaps because none of us ever really thinks of ourselves as having grown up, which makes it hard to confront the fact of sixteen-year olds who are palpably not of our generation. Pay telephones (rotary telephones!), cassette tapes, typewriters, black and white televisions, Captain Kangaroo . . . how can they not know about these things?

But perhaps the strangest thing of all is to realize that these children, unlike my generation, did not grow up with the ever-present fear that they might at any moment evaporate, suddenly and without warning, into a fine cloud of radioactive dust. I think that if you had asked the children of my high school class, we would have placed the eventual probability of a nuclear war at higher than 50%. Now, to be sure, they worry about a terrorist attack. But I doubt that any of them has the worry that was always at the backs of our minds: that America, western civilisation, or the earth itself, might at any moment be irrevocably destroyed.

Now, as a friend and a bit of a Pollyanna myself, I urge you to go over there and read the rest of it.

Never one to resist making a post more complex than it has to be, I added the illustration above. It is one of several versions by Dante Gabriel Rossetti of Jane Morris -- Mrs. William Morris and the pivot point for some rather complex interpersonal relations at the time -- as Pandora, whose box in many versions of the story still contained Hope after all of life's unpleasantness had been released into the world.

Here is the sonnet Rossetti wrote to accompany the picture:

What of the end, Pandora? Was it thine,

The deed that set these fiery pinions free?

Ah! wherefore did the Olympian consistory

In its own likeness make thee half divine?

For ever? and the mien of Pallas be

A deadly thing? and that all men might see

In Venus' eye the gaze of Proserpine?

What of the end? These beat their wings at will,
The ill-born things, the good things turned to ill,
Powers of the impassioned hours prohibited.
Aye, clench the casket now! Wither they go
Thou mayst not dare to think: nor canst thou know
If Hope still pent there be alive or dead.