As I was working up this past Friday's post, I was reminded again that Tate Online -- the site maintained by the Tate Britain, the Tate Modern, the Tate Liverpool, et al. -- is simply one of the best art museum sites around.  Beyond providing thorough information for those fortunate enough actually to be visiting those museums, what seems a larger than average segment of the Tates' holdings are searchable in all sorts of ways, including the Java-driven random walk of the Tate Carousel.  Another method of browsing the collection, and of finding out what hangs where and how far one then needs to walk to grab a quick bite after browsing the Turners or Freuds, are elaborate Flash-based maps -- Tate Britain here, and Tate Modern here -- which are themselves searchable by clicking or via interactive timelines and artist indices.  ["Schwitters?  Fifth floor, and straight on till morning."]

The Tate also does a laudable job of presenting its special exhibitions online.  The example to hand, currently on show at Tate Britain, is "Holbein in England," a thorough presentation of Hans Holbein the Younger.

Holbein's collected portaiture defines The Face of Tudor England.  He ranks high on the short list of artists -- Goya and particularly Velásquez would make the list as well, with a very few others -- whose work defines the way in which we imagine their era.  Holbein is so much the definitive portraitist of his time and place that he probably deserves some sort of a design credit for every credible film portrayal of the period, most particularly for Fred Zinneman's film of Robert Bolt's A Man for All Seasons

, which is essentially a collection of Holbeins sprung to vivid life.  (The exception there is Robert Shaw's Henry VIII, so much more appealing than his singularly unpleasant real life counterpart can ever have been.)  It is appropriate that the film should owe so much to Holbein, given that Sir Thomas More, via a reference from his pal Erasmus, provided Holbein's point of entry to the English portrait market.

Another feature of the Tate sites for special exhibitions is the Room Guide, which provides an opportunity to see, room by room (copyright and technology permitting), the works on display.  For the current Holbein show, for instance, the Room Guide alerts us that Room 3 -- devoted to commissions from visiting merchants of the Hanseatic League -- features this gentleman, blessed with a name straight out of Harry Potter: welcome if you will Cyriacus Kale. 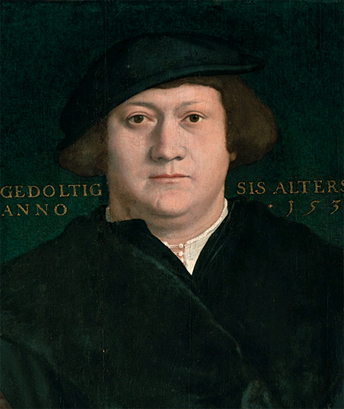 One imagines Herr Kale's homecoming in Braunschweig, and particularly the reaction of his children: "My dad went to London and all I got was this stupid Holbein." 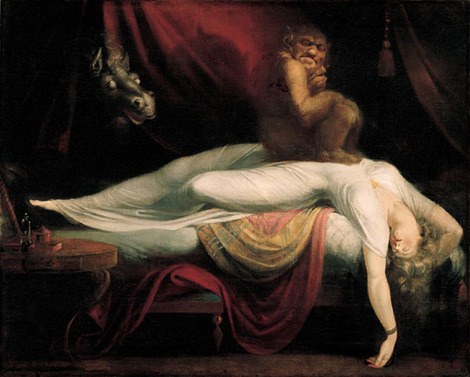