It's Not Just a fool in the forest, it's Blawg Review! 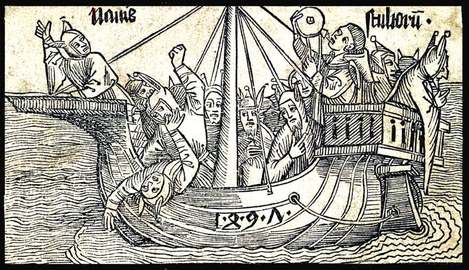 Welcome, friends, to the second iteration of the April Fool's Blawg Review Prequel, the "unexpected" and ofttimes only loosely legal April 1st precursor to the more sobersided and official 102nd Edition of Blawg Review, the traveling "blog carnival for everyone interested in law," which I will be hosting beginning Monday at my own more sobersided and official weblog, Declarations & Exclusions.

This year I have constructed both this April Foolsy Prequel and Blawg Review #102 itself around illustrations from Stultifera Navis, the 1497 Latin translation of Sebastian Brant's 1494 satirical German text, Das Narrenschiff, aka The Ship of Fools.  Many of the 117 woodcuts in that volume -- depicting folly of all sorts as well as the occasional exemplar of good sense, probity, and virtue -- are reputed to be the work of the young Albrecht Dürer.  They come to us today via Sebastian Brant's Stultifera Navis, The Ship of Fools, maintained by the University of Houston, Copyright © 2000, University of Houston Libraries, and are reproduced pursuant to a Creative Commons license.

Before we turn to the Prequel proper, let's pause a moment to propitiate the appropriate deity.  That could only be, of course, the Goddess of Folly, for whom this site has long been and remains the #1 Google Result.

It has been my good fortune in recent days to unearth an archaic papyrus scroll containing both an intriguing shopping list and, on the verso, a hitherto unknown Hymn to the Goddess of Folly, which I here roughly translate from the original Gibberish:

Invocation: to the Goddess of Folly 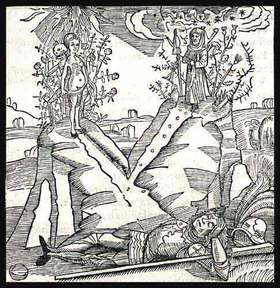 Madame Folly, you rule!
Give your attentions full
to This Fool:

Once again, as it was in ages past,
it is my privity and pleasurage to boast
that I'm heartily happy to host
this April Fool's Blawg Review

Prequel.
Yes, friends, this is the 2007 Sequel
to the Prequel That Had No Equal,
and this is the prologue (problogue?)

to the brew that is true
of all that's legal and new:
Blawg Review #102,
to be hosted beginning April 2
[Chorus: "Shadooby, shadooby doo!"]
at my law weblog,Declarations & Exclusions.

The wisdom of the Ancients never ceases to astound, eh?  But enough of those old fuddy-duddies!  Join me now for a survey of some of this week's most notably foolish, freakish, unserious, uncategorizable or otherwise bemusing law-related posts, in an order that is either altogether random or else driven by meanings too deep for me to divine: 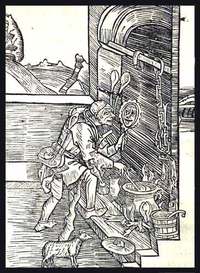 We begin outside the usual bounds of the world of legal weblogs, with arts journalist Lee Rosenbaum of CultureGrrl, who discusses stolen art works and the lawyers who seek to recover them, with particular reference to Egon Schiele's "Portrait of Wally."  As Lee says:

The law's inexcusable delay means that this innocent artwork has been sentenced to indefinite confinement, providing pleasure to no one---except, perhaps, the lawyers who, along with the District Court, are holding her hostage instead of expeditiously resolving the ownership dispute.

And it's not just the visual arts that are bound up with lawyers this week.  The Guardian Unlimited Arts Blogs report -- complete with a photo of the presiding jurist, U.S. Supreme Court Justice Anthony Kennedy --  on the highly charged trial of Hamlet, Prince of Denmark, for murder.  The punishment appears to have fit the crime.

Glub, glub, glub: Ron Coleman's Likelihood of Confusion reports on a failed attempt to adopt the name of painter Marc Chagall . . . as the name for a new brand of vodka . . . in this well-titled post: "Drink to me only with thine eyes."

David Rossmiller's Insurance Coverage Blog is one of the generally acknowledged Kings of the Hill in that field these days, but that doesn't stop him from taking time away to offer an unexpected in-depth appreciation and analysis of "The Night They Drove Old Dixie Down".  Joan Baez ("Al Capp sure had her number," sez David) comes off not at all well in this critique. 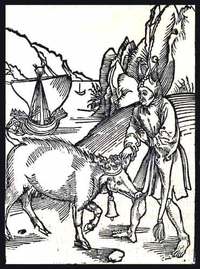 But that's not all in another rich week at the Insurance Coverage Blog!

Just in case Scruggs -- did we mention he is Senator Trent Lott's brother-in-law ? -- inadvertently quaffs an ounce of shame and takes the offending drawing down, I have taken the liberty of saving a copy for you here: "lipstick_on_a_pig.jpg."  [My favorite detail?  Up top, the State Farm sign warns you to "read the fine print;" in the actual fine print at the bottom of the cartoon, the artist has misspelled the word "Judge" as "Judege."  Sic, sic, sic.]

In other Katrina news, David also reports that Scruggs has been sued by fellow lawyers over attorney fees.  (Honor.  Thieves.  You know the equation.)

Rudeness and discourtesy are everywhere.  'Twas ever thus.  But several posts this week take a look at this sad underside of human nature:

Workplace Prof Blog points to a fresh decision from Judges Posner, Easterbrook and Evans that suggests that the fact that the boss is a free-ranging boor is not enough to establish a harassment claim.  Judge Posner queries:

When the manager called one of the woman drivers a 'fat ass' he may have been using a term that he would not have used of a man, but what if anything was he saying about the plaintiff, either directly or indirectly? Speaking of discourtesy, here's a pet peeve from Solo In Chicago:

Is there anything more annoying than the opposing lawyer who checks in and then doesn't come back to the courtroom for more than one hour?

As a counterbalance, The Inspired Solo offers an uplifting and encouraging tale of the triumph of courtesy in dealing with the notoriously bludgeon-wielding RIAA.

No doubt you recall Wesley Autrey, who boldly leapt into the path of an oncoming New York subway train to rescue a fellow who'd fallen from the platform?  Naturally, having achieved fame and notoriety, he needed a lawyer.  And as David Nieporent reported at Overlawyered, it followed as the night the day that he and his lawyer have had a falling out over fees.

Also on Overlawyered, Walter Olson points out that being a Good Samaritan only pays in the Bible; it's less appreciated in California.

Hmmmm.  Something is not quite right today at Dan Hull's What About Clients?

Legal tabloid Above the Law puts the "comma" in common law, sitting upon the ground and telling sad stories of the Perils of Imprecise Citation Practices. 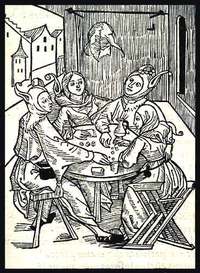 Gambling!   Pirates!   Tariffs!   Aargh, me hearties!   I was shocked (shocked!) this week to learn what happens when U.S. law prohibiting online gambling combines with U.S. treaties and trade commitments.  The result: tiny tropical Antigua and Barbuda, f'revvinsakes, has the United States on the ropes at the World Trade Organization, and is threatening to transform itself into a haven for international copyright pirates if the WTO's decisions permitting that nation to host online gambling sites are not honored.  Details were provided by Cato-at-liberty and Radley Balko.

What a wonderful thing is metaphor!  Victoria Pynchon, at the negotiation blog Settle It Now, reminds us that, when dealing with an insurer, the Adjuster is Not Your High School Girlfriend.

Quotable, via Sui Generis: "I can't help but wonder if all of this could been avoided if the manhole cover had sought out treatment.."

Mike Cernovich of Crime & Federalism is decidedly unhappy with a panel of appellate judges who conclude a pointed critique of prosecutorial misconduct without naming the offending prosecutor.  So incensed is he that he launches a shot that would surely, if delivered in open court, would have him wishing he'd remembered to bring his toothbrush: 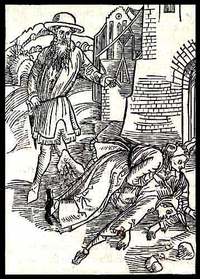 And what parade of legal folly could be complete without a venture into the rollicking house o' nonsense that is lawyer advertising?  Carolyn Elefant starts us off with the observation that the ever so proper Florida Bar won't let lawyers promise to help you get rid of "that vermin you call a spouse".  Oh no, even the thought of non-human animals must go unthought when there's an attorney in the room! To which David Giacalone at f/k/a/ adds the pointed observation that " the bar’s self-importance is undignified (tasteless, too)."

Eric Turkewitz and his New York Personal Injury Law Blog report that it's not just animals that offend the Protectors of Right Thinking and Dignity.  To so much as attempt to cause a prospective to client to crack a smile is forbidden as New York Responds to a Lawsuit Challenging Attorney Advertising Rules -- By Banning Humor.  Thanks to Eric's post, I know why I will never try to join the New York Bar: I would have to shutter this weblog entirely, lest I run afoul of the Bar's prohibition on

techniques to obtain attention that demonstrate a clear and intentional lack of relevance to the selection of counsel, including the portrayal of lawyers exhibiting characteristics clearly unrelated to legal competence.

Readers, this concludes our April Fool's Blawg Review Prequel for 2007.  Please join me again Monday morning as Blawg Review #102 -- which will, at least once or twice, attempt to "exhibit characteristics clearly related to legal competence" -- arrives on Declarations & Exclusions.   Until then,

~~~
Blawg Review has information about next week's host, and instructions how to get your blawg posts reviewed in upcoming issues.