Do Not Go, John Doe, Into That Good Night 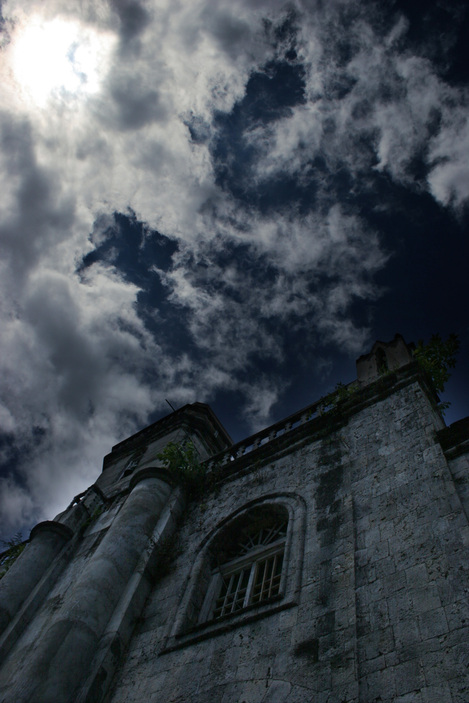 It is a safe bet that when I get round to my year-end consideration of new music I have particularly enjoyed, that list will include John Doe's A Year in the Wilderness

].  I will take up the particular virtues of this album when I get to that year-end post.  For the moment, because it is All Hallows' Eve, I simply wanted to single out the splendid crunchy creepy necro-noir of the album's first song, the self-explanatory "Hotel Ghost."

Photo by greekgod via stock.xchng.

We Didn't Start the Fire
(but we wrote about it)

More foolery will be forthcoming here, but in the meantime I have been posting at my law and insurance weblog, Declarations and Exclusions, on the subject of this week's Southern California wildfires:

'Your debutante just knows what you need
But I know what you want.'
-- "Stuck Inside of Mobile with the Memphis Blues Again"
(1966)

Well I'm drivin' in the flats in a Cadillac car
The girls all say, 'You're a worn out star'
My pockets are loaded and I'm spending every dime
How can you say you love someone else when you know it's me all the time?
-- "Summer Days" (2001)

Today, Stereogum reports Huckster Bob's latest manifestation in a post with the self-explanatory title "Bob Dylan Hawks Caddies" and provides ample video evidence: the long version of an advert in which Dylan's boot heels wander the West as he mutters his praises of the 2008 Cadillac Escalade -- an ostentatiously oversized motorized vehicle that not incidentally comes equipped with XM satellite radio, home of Dylan's own radio show.

Dylan as Advertising Icon is hardly a new idea.  We mustn't forget this take from 1972's comedy classic, National Lampoon's Radio Dinner, in which Christopher Guest as Bob -- ready, even then, to exploit Boomer nostalgia to the utmost -- wants to sell you a must-have LP:

Bonus: Since I invoked him in the title of this post, it seems only reasonable to point toward this video of Marvin Gaye performing "What's Going On", circa 1973.

Do we need any other excuse?  Take it away, Johnny!

[Credit where due: although the song is permanently associated with the Man in Black, it was written by the great Shel Silverstein.]

This cartoon is so old and clichéd -- dig the size and edgy modern design of the "monitor" atop the "computer" -- that the original must have been inscribed on the walls of the tech support unit at Lascaux or Altamira since the days when there wasn't even any Hollywood: 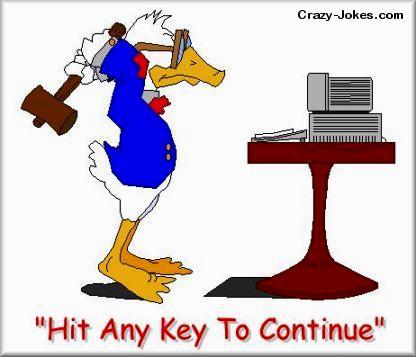 [I recently experienced the extraordinary non-obviousness of the new Microsoft boxes firsthand when we acquired a set of the new Microsoft Expression web design tools.  After some headscratching, I managed to obtain access to the box's interior without resorting to the tool chest.  For reference, and so that you may henceforth follow the path of nonviolence, here is a a handy illustrated how-to.] 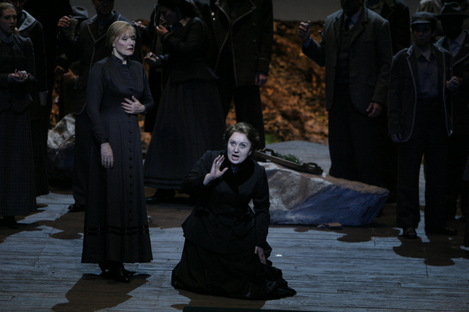 Autumn is here, so it's back on the cultural circuit for this Fool.  Next weekend will be a big museum weekend -- Salvador Dalí, Edward Weston and [nudge nudge] tasteful artisticated nudity are likely to be involved -- but this past Saturday night it was time to return to LA Opera for the closing performance of Leos Janácek's Jenufa.

Out West Arts took Angelenos to task for leaving "far too many empty seats at the Dorothy Chandler Pavilion" at the opening performances of this production.  I am pleased to report that the good word apparently got around: while the house was not sold out, there were relatively few vacancies in the orchestra seats Saturday night.  In fact, from where I sat, it felt as though there were more in the audience at the end of the performance than at the beginning.

Jenufa occupies a spot on my personal Very Short List of operas I have seen fully staged more than once.  Long Beach Opera mounted a well-played production in 2002 notable for a set in which the houses of Jenufa's little Moravian village receded to the horizon, lying on their sides.  LBO has paid recurring attention to Janácek over the years, having also performed From the House of the Dead in 1997 and The Diary of One Who Vanished in 1995.  For its part, LA Opera staged Katya Kabanova with Leonie Rysanek back in 1989 (which I did not see) and The Makropulos Case in 1992 (which I did).  Between the two companies, the only major Janácek opera still lacking a recent southern California production is The Cunning Little Vixen.  Perhaps in another ten years...

The just-closed production of Jenufa came to us from the Metropolitan Opera, where it was much acclaimed earlier this year but also suffered from too many empty seats.  ("Ha!" says I to your myth of New York sophistication.)  Los Angeles audiences got to see it, in large part, because our current principal conductor and Musical Director, James Conlon, is a great enthusiast for the work: in a pre-performance discussion Saturday evening, he revealed that the single most memorable performance thus far in his conducting career was a 1995 presentation of Jenufa at the Met, for which the curtain call (or so he claims) lasted 23 minutes.

Jenufa, as drama, really can be that effective, especially when it is as well-performed as it was on Saturday night.  The principal raison d'etre for this production is to showcase Finnish soprano Karita Mattila in the title role.  Ms. Mattila is, as had been promised, a singer and actor of tremendous gifts and her performance of what is a signature role for her was as fully realized as one could wish.  One of the recurring shortcomings of opera is the mismatch between the age, manner or physique of a character and the comparable attributes of the performer: No matter how often we are told we must wait "until the fat lady sings," the character of Brünnhilde is no fat lady -- but some of the very best singers of that role have been, posing an extra challenge in the already difficult task of making the character believable.

The character of Jenufa is a small town teenage beauty, still essentially a girl, good, pretty, bright -- she can read and write -- and young.  Karita Mattila, I learn from the New York Times review linked above, is 46, easily more than twice the age of the character she is called upon to occupy.  She overcomes the temporal disconnect with ease, with a remarkable loose and limber physical performance -- no "park and bark" here, thank you -- all the while singing Jenufa's sad and beautiful music sadly and beautifully.

The other reason to have seen this production -- and the main aspect in which it differed from its New York original -- was Eva Urbanova as Jenufa's stepmother, the Kostelnicka.  The Kostelnicka is a stepmother who does evil, but she is not an Evil Stepmother.  While Jenufa goes through a series of misfortunes -- an unlooked for pregnancy by a handsome nitwit who ultimately spurns her, the savage scarring of her face by the nitwit's brother (otherwise a decent chap: Jenufa will willingly marry him in the end), and above all the death of her eight-day old son -- she emerges wiser, stronger and more fully human than she began.  In contrast the Kostelnicka begins as the stern and justly honored moral center of the village, only to be brought low by a single well-intentioned but unforgivable error: seeing the act as the only remaining solution to Jenufa's impossible situation, it is the Kostelnicka who murders Jenufa's child, drowning him in the icy river while his mother sleeps.  The role is such a meaty one, and the character so tragically compelling, that the opera could just as well have been called The Kostelnicka.  That emphasis would find warrant in the title of the play by Gabriella Preissová from which Janácek adapted his libretto: Jeji Pastorkyna, meaning Her Stepdaughter.

In his pre-performance remarks, Maestro Conlon asserted that Act II of Jenufa is one of the few nearly-perfect acts in all of opera, one in which text, action and music combine with nary a false step.  Having listened and watched with that opinion in mind, I am compelled to agree.  It provides an excellent example of why the best opera -- meaning in this case, as AC Douglas so frequently insists, genuine dramma per musica -- needs to be seen, rather than simply heard.