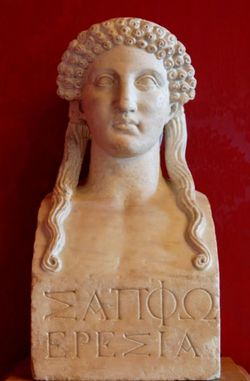 The California Supreme Court is due to release its decision on gay marriage about an hour from now, which is as good an excuse as any to reprint my double dactyl cycle on the subject, first posted -- with more trepidation than now seems warranted -- in February 2004.

The original occasion for the poem was San Francisco Mayor Gavin Newsom's directive to the City's authorities to license and endorse same-sex marriages.  That policy was ordered stayed shortly thereafter, and the matter has been under review by the state Supreme Court until today.  What the Court will decide and where matters will go from there is as yet a mystery -- perhaps as much of a mystery as the intricacies of human affection.

I hadn't looked back at this for at least a year or two before returning to it today.  On reflection, it stands as one of the things I am most pleased with having posted here.  Please bear with me, then, as I repeat myself:

Purchase their licenses,
Swear to their permanence,
Pose for the camera crews
Sharing a kiss.

That’s for the next world, sir;
Here with the living -- well,
What was it Chaucer said?
“Love conquers all.”

Poets, sir. Love poets.
Some of the best have been
Gay, sir.  Consider this
List I’ve compiled:

Legally, legally,
Should an impediment
Rise to the marriage of
Minds that are true?

Sure as there’s only one
Race, sir -- the human race --
How would you feel if it
Happened to you?

Citizens, citizens,
Leave to your churches these
Questions of sanctity,
Tough and profound.

Secular governments
Ought to facilitate
Binding of lovers who
Yearn to be bound.

Hymen, Hymenaeus!
Cleave to the one who’s your
Heart’s true companion, the
Thou to your I.

Now, when the times are so
Fearsome we all must, as
Auden says, “love one a-
nother or die.”

Illustration: "Sappho" from the Musei Capitolini, Rome, via Wikimedia Commons.

A perfect poem for the day!

A Double Dactyl for the Morning's Main Photo