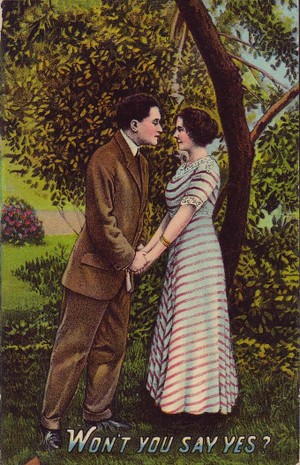 As noted by weblogs around the globe, today is Bloomsday, the annual commemoration of that very particular day in Dublin -- the 16th of June, 1904 -- depicted in such inner and outer detail in James Joyce's Ulysses.  Among those observances is a very fine Ulysses-themed edition of Blawg Review hosted by Dr. Eoin O'Dell, of the School of Law, Trinity College Dublin, at cearta.ie.

Ulysses had no legitimate U.S. edition until 1934, the book having been seized and prosecuted for obscenity at the instigation of the New York Society for the Suppression of Vice, among others, and only vindicated on those charges in 1933.  It is still notorious for its naughty bits and, while certifiably not obscene, still troubles regulatory authorities and those that are regulated by them.  To that effect, see George Hunka's report at Superfluities Redux that for the first time since 1981 there will be no radio simulcast of New York City's annual "Bloomsday on Broadway" event, because the station involved is concerned that Joyce's words may draw the wrath of the FCC and such-like officious intermeddlers.

On a very much lighter note, you may follow the link below to view an amusing short film -- containing rather more profanity (by far) than I am inclined to embed directly on this page -- in which James Joyce and his sometime secretary Samuel Beckett are found on the golf course . . . waiting . . .

Hey - we were on the same wavelength Monday!