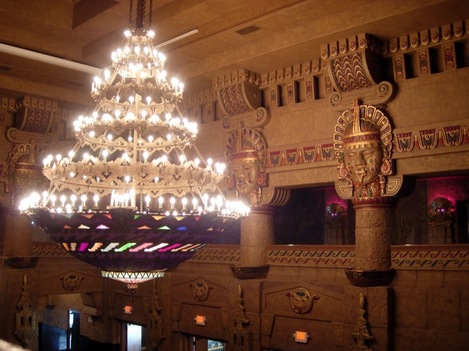 It has been over a year since I last attended a performance by Long Beach Opera.  I missed out on the past season altogether, principally as a result of scheduling conflicts but also, it must be said, as a result of repertoire choices that were eccentric even by LBO's reliably eccentric standards.  Since the company ventured its miniaturized version of Wagner's Ring cycle in early 2006 (see my intemperate rave here), it has offered up sung drama of various kinds -- monodrama, oratorio, cabaret, art song -- but little that falls squarely into the category of "opera."  No more!  For its just-announced 30th Anniversary Season in 2009, LBO returns to doing what it does best: addressing non-obvious operas -- no Puccini here, thank you very much -- as compelling drama.  With two performances each, the LBO 2009 season consists of:

Vixen is, I believe, the only one of Janáček's major music dramas that neither Long Beach nor Los Angeles Opera have ventured in the past.  Foxy!

Italian Baroque revisionism, featuring the star-crossed, but ultimately triumphant love between the Emperor Montezuma's daughter and the brother of Hernán/Hernando [here Fernando] Cortez.  There's even a happy ending, with Montezuma surviving to rule Mexico as a tributary vassal of the Spanish crown.  As if.  While the libretto was known, Vivaldi's 1733 score was only rediscovered in 2002.  A properly intriguing Long Beach Opera oddity.

Poaching just a bit on LA Opera Maestro James Conlon's Recovered Voices project, Long Beach ventures the best known opera produced in the Nazi camps, Ullman's Emperor.  Coupled, intriguingly, with a Grimm adaptation from rumored National Socialist party collaborator Orff, without whose Carmina Burana the entire business of Hollywood coming attractions trailers would in some deep deep way not be possible.  And apparently to be performed somewhere deep in the bowels of the Queen Mary.  Who can resist?

Do I betray a certain excitement?  Indeed I do,

My hope is to be able to provide reports on each of these productions.  Wish me well, or join me, as the case may be.