Songs of Our Climate 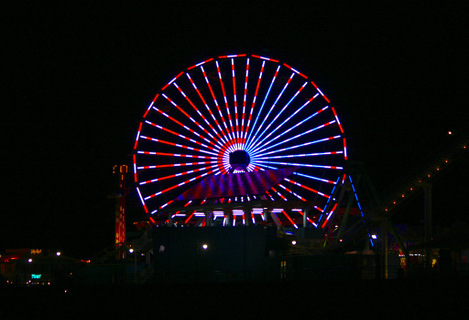 For Independence Day, I was thinking perhaps I might wade into the ongoing public discussion of the various flavors of American Patriotism.  Unfortunately, as with so many public debates in our great nation, the discussion is so thoroughly awash in Self-importance, Self-interest, and Sentimentality that it is difficult at the best of times to sift through to much that is solid or meritorious.  Plus which, there is little that I could say without the risk of succumbing myself to the 3 S's just mentioned, so on second thought I have chosen to more or less give it a miss.

At bottom, I sympathize with the likes of Matt Welch and his disdain for those of our politicians who insist that one who loves his or her country "must" do this or do that, a sentiment on which he expands a bit here:

Lord, how I despise every inch of this conversation.  There is something juvenile yet creepy -- [colorful and vulgar simile omitted] -- with the spectacle of people who wake up in the morning dreaming up new ways to draw the precise boundaries around what it means to be sufficiently patriotic.  Especially when the definition of patriotism is in opposition to enumerated freedoms.

And there's something both authoritarian and myopic with the bizarre notion, mouthed constantly by politicians, that the most authentic manifestations of patriotism are military service, government employment, and 'community organizing' . . . as opposed to say, hitchhiking around the Americas, or getting (maybe even creating!) a damned job doing something you love.

Here's a little number that is all about "hitchhiking around the Americas, "sung by a pair of lifelong New Yorkers with whom you may be familiar.  It feels, as it always has, appropriate to the Fourth of July:

After 36 years in California, Michigan seems like a dream to me now, too.

My own patriotism tends to be of the "concerned but hopeful" school: cognizant of flaws and follies (and worse) in our nation's direction, but basically confident that we will sort things out for the best in the end, even if the end does not arrive so soon as one could wish.  Paul Simon, solo this time and sporting a mustache such as can only be sported in a free and proud republic, performs one of my favorite expressions of that point of view:

Finally a somewhat gruffer, but still I think hopeful, patriotic song from Joe Henry, featuring a major American retailer, a selection of garage door springs, and the greatest center fielder of all time.

Have a hopeful and tuneful Fourth, fellow patriots.

these are some great songs for america. i am always glad to see this. great article.