The Qualities of Merce 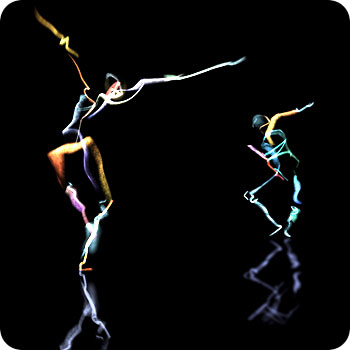 Choreographer Merce Cunningham died last night in Manhattan at the age of 90.  Writing for the NY Times, Alastair Macaulay offers this high praise:

In his final years he became almost routinely hailed as the world’s greatest living choreographer. For many, he had been simply the greatest living artist since Samuel Beckett.

Cunningham moved in, and was the last surviving member of, the very-New York artistic circle that moved around John Cage, Robert Rauschenberg, Jasper Johns, et al.  He was an inveterate collaborator with composers and designers in many media throughout his career.  In the past 20 years, he experimented frequently with the use of computers as tools for choreography and to provide imagery and design environments for dance.  Here, a brief excerpt from what Macaulay terms "the single most sensational dance choreographed by anyone in the 1990s", 1999's "Biped," with score by Gavin Bryars

Beyond their regular artistic collaborations, Cunningham and John Cage were life companion for nearly fifty years prior to the composer's own death in 1992.  That being the case, the most appropriate memorial gesture for Cunningham may be to observe 4'33" of silence: