Stompin' at the Savoir Faire 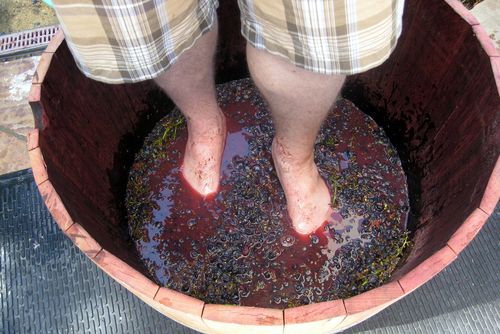 Thanks to Bottle Shock

, the film version of George Taber's Judgment of Paris

, many learned a version of the story in which two California wines flabbergasted the naysayers by beating out the best of France in a blind tasting in 1976, lending much desired credibility to California's claims to be taken seriously as a wine region.

The winning white wine was a 1973 Chardonnay from Chateau Montelena.  That wine is at the center of Bottle Shock, but if you know only what the movie tells you, you have no idea who actually made it.

Chateau Montelena's winemaker at the time was Miljenko "Mike" Grgich, who left that winery shortly after the success of Paris to join with Austin Hills (of the Hills Bros. coffee family) to found Grgich Hills Estate.  For various reasons, Grgich was disinclined to be portrayed in the film version, so he was written out of the story.  This is just one of numerous liberties taken by the film: other than the exterior of the main building at Chateau Montelena, for example, all those lovely vineyard landscapes (as well as all the scenes in "France") were actually shot over the mountains in Sonoma County.

Now, however, we can offer a short film actually starring Mike Grgich, as well as Orson Welles, James Mason, the real Ronald McDonald, and some jolly elves from Gallo.

From the happy libertarians at Reason.tv, here is the amazing True Story of how free markets, competition and [comparative] freedom from nitpicky government regulation allowed the California wine industry to rise from its subjection to Old Europe to accomplish its manifest destiny to become the brave new world's wine superpower: