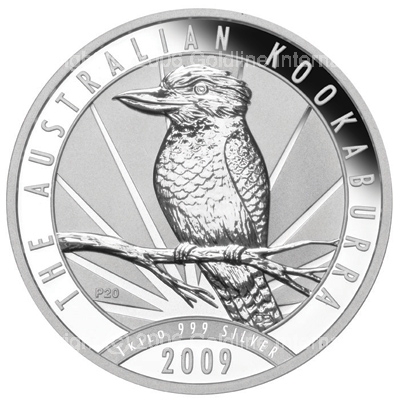 Here is a jolly little tune well known to those of a certain age who consumed mass quantities of radio or of MTV or of VH1 in and around 1983.   Yes, it's the song that introduced the United States to the arcane substance known as Vegemite, Men at Work's "Down Under":

Now, having grown up in a household with two generations of Girls Scouts living in it, I noted on my first or second listen to the song almost thirty years ago that its distinctive flute part includes a dozen or so notes that quote directly from another song, "Kookaburra (Sits in the Old Gum Tree)".  "Kookaburra" is the Second Most Australian Song on Earth, surpassed only by "Waltzing Matilda," so the inclusion of a reference to it in "Down Under" -- a song that is itself all about Things Australian, about how the world perceives Things Australian and how Australians perceive and present themselves -- makes perfect sense.

To refresh the recollection of anyone who hasn't heard it for a while, here is a performance of "Kookaburra."  This version is slightly unusual in that it is sung as a solo: the song is more commonly sung as a round, by groups of Girl Scouts or schoolchildren or similar nice young persons.  The portion of the melody that recurs in "Down Under" comes just prior to the first round of applause in this video:

The incorporation of the "Kookaburra" tune into "Down Under" was always so obvious and so thematically appropriate that it never occurred to me to think that the Kookaburra bits didn't belong.  If I had thought about it -- which I confess I never did -- I would have assumed either that the Kookaburra song is an anonymous, traditional piece from the public domain, or that the snippet used by Men at Work was so brief as to constitute a permissible "fair use", or that the band had obtained permission before using it.  And I would have been wrong.

It turns out that "Kookaburra" was only written in 1935, that it has a perfectly identifiable author (Marion Sinclair, a teacher who wrote it for a troop of Girl Guides [Aussie Girl Scouts]), that it remains protected by copyright and that its copyright is now held by a publishing company, Larrikin Music.  Larrikin brought suit against songwriters Colin Hay and Ron Strykert of Men at Work and against the band's record companies for copyright infringement, after the connection between the two songs was pointed out in a question on a television quiz show.  This past week, Larrikin prevailed:

'I have come to the view that the flute riff in ''Down Under'' ... infringes on the copyright of Kookaburra because it replicates in material form a substantial part of Ms. Sinclair's 1935 work,' [Australian] Federal Court Justice Peter Jacobson said.

He ordered the parties back in court Feb. 25 to discuss the compensation Larrikin should receive from songwriters Colin Hay and Ron Strykert and Men at Work's record companies Sony BMG Music Entertainment and EMI Songs Australia.

Adam Simpson, Larrikin Music's lawyer, said outside court the company might seek up to 60 percent of the royalties ''Down Under'' earned since its release -- an amount that could total millions.

The ruling seems an odd one given that the quote from Kookaburra is at the same time obvious and trivial.  If the case were tried under U.S. copyright law, I would have to give good odds on the success of a defense based on Fair Use.  (See, e.g., the 2 Live Crew case, Campbell v. Acuff-Rose Music.)

Hay and Strykert have never claimed that piece of the song as their own original work, and this is not a case of "subconscious" plagiarism as famously occurred in the case of George Harrison's reinvention of The Chiffons' "She's So Fine" as "My Sweet Lord."  In fact, it seems Hay and Strykert didn't even include the Kookaburra bit in their song as written. The offending notes were inserted while the song was being recorded, by flute player Greg Ham, much as a jazz player might include a reference to Song B while soloing on Song A.  From an Australian television report:

Colin Hay, the lead singer of Men at Work says he's very disappointed by the result.

SARAH DINGLE: He doesn't deny that the flautist Greg Ham used two bars of 'Kookaburra', but he says that addition came after the original song was composed.

No actual kookaburras could be reached for comment, as they were too busy engaging in howls of derisive laughter at these litigious humans.

As pointed out to me on another Australian website that I frequent, there are only 13 common notes in modern Western music. There's bound to some overlap at some point.

I find it curious that the copyright holders are only now defending their copyright. The song "Land Down Under" was certainly common enough when new. Never mind the "fair use" doctrine had the trial been here in the US. I would be willing to bet the judge would have wanted to know why they waited so long to mount a challenge. It appears to this non-lawyer nearly tantamount to abandoning the copyright.