— from "The Punk and the Godfather" (P. Townsend)
Quadrophenia

"The Punk and the Godfather" (or "The Punk Meets the Godfather," as it was titled on the U.S. release) appears at the end of what was, in the days of vinyl, Side 1 out of 4 on The Who's Quadrophenia.  In the arc of the album's story, it deals with the young protagonist, Jimmy, attending a concert headlined by . . . The Who.  Pete Townsend, ever one of the more self-aware of songwriters, took the occasion to reflect on the fundamental oddness of the relation between rock mega-star and audience, the heightened expectations each holds for the other, and the inevitability that those expectations will be unfulfilled.

It is perhaps the most "Who-ish" of Who songs, trotting out virtually every signature trick in the band's arsenal: the windmill guitar chords, the barely-controlled spatter of the not-yet-late Keith Moon's drum kit, Roger Daltrey's mighty howl offset by Townsend's limpid vocal on the bridge, even a self-mocking look back at "My Generation."  (That generation was, of course, Townsend's own: the immediate post-war first wave of the Baby Boom, the generation that made the '60s . . . and that, today, is well into its 60s.)

Disappointed expectation is the order of the day as U.S. mid-Term elections approach.  Incumbents generally are discovering that their constituents are not so Into Them as they once were, having been let down a few dozen times too many.  The President, while not facing reelection himself, is a particular target for the disgruntlement of one and all, having gotten the job in the first place by setting himself up as the very embodiment of heightened Expectation, positive Change, and boundless Hope.  As he zooms about the country in "campaign mode," it is difficult to avoid the conclusion that the same rhythms and phrasings and cadences as sounded so genuinely vigorous and inspiring to so many only two years ago now come across as merely shout-y, almost as hard to buy into as a hearty "Helloooo, Cleveland!"

The President—a man at least as self-aware, I think, as Pete Townsend—surely knows that he is himself in large part to blame for all this disappointment: there are many important promises he offered up that he was actually in a position to deliver over these past two years, obstructionist legislators notwithstanding, but that he did not.  (I'm thinking here in particular of my own pet peeves concerning the President's ghastly record on civil liberties, but you can supply your own examples.)  But the fault, Horatio, lies not alone in our public figures.  It lies within ourselves, as well, and within the lies we tell ourselves.  Our expectations would not be so frequently disappointed but for our own folly in having many of those expectations in the first place.

H. L. Mencken explained it all some 90 years ago in the opening paragraphs of his aptly titled essay, "The Cult of Hope," collected in the Second Series of his Prejudices:

Of all the sentimental errors which reign and rage in this incomparable republic, the worst, I often suspect, is that which confuses the function of criticism, whether aesthetic, political or social, with the function of reform.  Almost invariably it takes the form of a protest: 'The fellow condemns without offering anything better.  Why tear down without building up?'  So coo and snivel the sweet ones: so wags the national tongue.  The messianic delusion becomes a sort of universal murrain.  It is impossible to get an audience for an idea that is not 'constructive'—i.e., that is not glib, and uplifting, and full of hope and hence capable of tickling the emotions by leaping the intermediate barrier of the intelligence.

In this protest and demand, of course, there is nothing but a hollow sound of words—the empty babbling of men who constantly mistake their mere feelings for thoughts.  The truth is that criticism, if it were thus confined to the proposing of alternative schemes, would quickly cease to have any force or utility at all, for in the overwhelming majority of instances no alternative scheme of any intelligibility is imaginable, and the whole object of the critical process is to demonstrate it.  The poet, if the victim is a poet, is simply one as bare of gifts as a herring is of fur: no conceivable suggestion will ever make him write actual poetry.  The cancer cure, if one turns to popular swindles, is wholly and absolutely without merit—and the fact that medicine offers us no better cure does not dilute its bogusness in the slightest.  And the plan of reform, in politics, sociology or whatnot, is simply beyond the pale of reason; no change in it or improvement of it will ever make it achieve the downright impossible.  Here, precisely, is what is the matter with most of the notions that go floating about the country, particularly in the field of government reform. The trouble with them is not only that they won't and don't work; the trouble with them, more importantly, is that the thing they propose to accomplish is intrinsically, or at all events most probably, beyond accomplishment.  That is to say, the problem they are ostensibly designed to solve is a problem that is insoluble.  To tackle them with a proof of insolubility, or even with a colorable argument of it, is sound criticism; to tackle them with another solution that is quite as bad, or even worse, is to pick the pocket of one knocked down by an automobile. 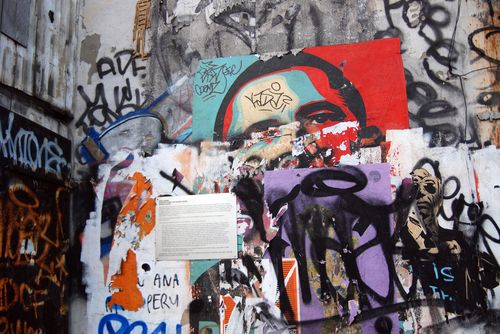 So, as we trundle along in our troubled age, or in any age, we may not be any happier for it, but the best and most clear-eyed policy must be to break the false connection between Hope and Expectation.  Hope, for all that it may comfort us, ofttimes must be consigned to the land of dreamy dreams, while expectations should recognize what can be rather than what we merely wish to be.

Or, as Mel Brooks advised in The Twelve Chairs

, "Hope for the best, expect the worst."

Don't forget to vote, citizens, and try to remind those that you elect that what they cannot in fact make better—a vastly broader category than the typical politician, or typical constituent, is typically prepared to recognize—is probably best left alone.

Video: The Who, at the Cow Palace, San Francisco, Nov. 20, 1973, seemingly from the archives of Bill Graham Productions.  As a bonus, here is audio of the song from the band's show in Maryland sixteen days later—my 18th birthday, as it happens.

Aw, come on, Fool, you just need a bigger dose of Windmill-itis.

There really are mean giants out there, man.