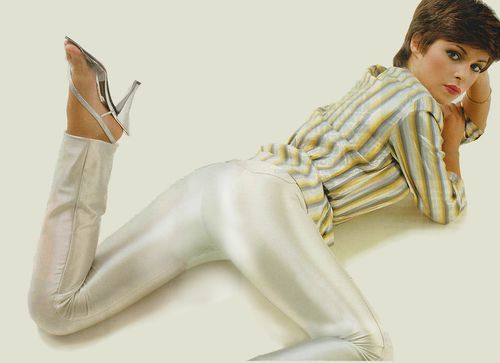 I am probably going to have to break up my "favorite music" list this year in to two parts, just to give a fair shot to all the composers and performers who aren't released by New Amsterdam Records.  As matters stand today, New Amsterdam artists have locked up nearly half of any 2010 Top Ten, and threaten to drive the competition into the sea altogether before the year is out.

There is probably no such thing as a "typical" New Amsterdam release, but William Brittelle's Television Landscape

may be the least typical of them all.  The emphasis at New Amsterdam—of which Brittelle is one of the three founders—is generally on contemporary music in a neo-alt-counter-nu 'classical' vein, but Television Landscape mines a different tradition: grand lush ambitious orchestral prog-pop ca. 1980, the product as it were of some mythical supersession involving Brian Wilson, Todd Rundgren and Frank Zappa (in his guise as serious composer and virtuoso guitarist).

With the exception of one guitar solo, Television Landscape is fully composed and notated, sung by Brittelle and played by him with a contempo orchestra featuring members of a number of New York's best new music ensembles, such as NOW Ensemble, So Percussion and Alarm Will Sound.  There is even, inevitably, a children's chorus. 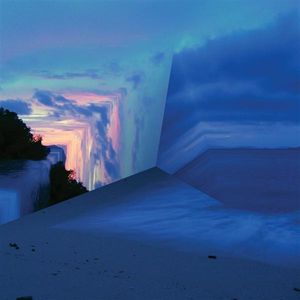 At one of Landscape's focal points lies "Sheena Easton."  The song that may or may not be about the Scottish singer of the same name, seen posing cheekily atop this post.  Probably both.  At his site, a dove on fire, Brittelle writes that the real Easton "was en vogue and dating prince when i first started listening to the radio.  her audrey hepburn-like looks and eighties edge will forever be fodder for nostalgia in my mind."

The Sheena of the song is the unattainable beloved, the girl outside whose house our hero waits in the cold, among the pianos and strings and shimmering guitars—NOW Ensemble guitarist Marc Dancigers is MVP among this album's players—realizing that he is "just a man of flesh and bone," that "the truth is not kind" and that, Sheena, "you are the truth." In the end, he leaves for warmer climes as all the children sing that he is "goin' off to Miami, Sheena!"  It is just that sort of song.  It is the richest finest fluff, and it will make your teeth hurt, and you will like it.

All of Television Landscape can be streamed from its page on the New Amsterdam Records website where, in exchange for a wee bit o' information, you may also download the sparkly autotuned travelogue, "Dunes of Vermillion."  Hello!

The New York Times profiled Brittelle in July, including the remarkable story of the loss and return of his ability to sing.  The composer also sat for an illuminating interview for eMusic.

Among Sheena Easton's own distinctions is having been the first James Bond theme-song-singer to appear in the title sequence in which said theme song is sung.  The film is For Your Eyes Only

(1981), one of the better regarded of the Roger Moore Bonds, and the titles naturally are the work of Maurice Binder: