Go with the Flau 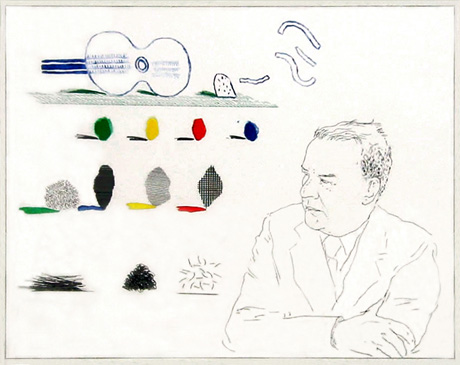 ["Be regular and orderly in your life,
so that you may be violent and original
in your work."]

That Flaubert quotation came to my attention via a comment attached to a post by Amber Sparks—"Get Jobs In Offices and Wake Up for the Morning Commute: Stevens, Poet and Insurance Exec"—part of the week-long tribute to Wallace Stevens at Big Other.  Sparks' brief piece aims at one of the points that has always added to Stevens' appeal for me: the fact that throughout most of his career as a poet, Stevens was a well-respected, very successful attorney-executive with The Hartford Accident and Indemnity Company.

Stevens kept his life as poet and his life as insurance man largely separate from one another: when Stevens died in 1955, there were co-workers who had toiled beside him for years at The Hartford who were astonished to learn for the first time, from tributes in the press, that Stevens had been a poet at all.  Legend has it that Stevens would compose poems in his head on the way to the office, dictate rough versions to his secretary, go though his day dealing with surety issues—surety bonds being among the least "poetic" insurance products I know—and revise his work in his head on the way home.

Dana Gioia, in his essay on "Business and Poetry," maintains that having a firm grounding in a "real world" professional position as Stevens did—and as Eliot did during his time as a London banker—is actively advantageous to the poet or other artist even, or particularly, when his or her artistic concerns are entirely removed from practical business concerns.

Wallace Stevens' version of "work-life balance"—if such a concept ever entered his mind—apparently meant being fully invested in his profession, his art, and his personal life at all times, regardless of which of the three he was attending to at any given moment.  He was well read in several languages, so I suspect that he knew of, and likely endorsed, Flaubert's sentiment, although Flaubert himself was never one for actually Getting a Job. Flaubert recommends being like a bourgeois, rather than actually being bourgeois; Stevens one-ups the French master, and demonstrated convincingly that the proper combination of attitude and skill permits a life of equal service to Mammon and the Muses.

A tip of the cap and bells is owing to Evan Schaeffer for pointing out the Big Other Stevens Fest, which is well worth a browse.

(Stevens is my favorite modern poet bar none. Although Elizabeth Bishop is pretty darn close.)