New Amsterdam, it's become much too much.... 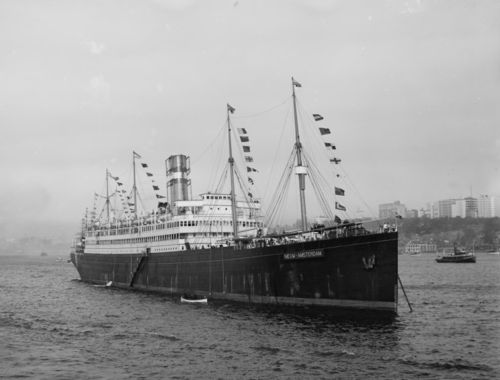 When I posted my List of my favorite musical recordings of 2010, I promised—promised myself as much as anyone else—that I was at work on "more detailed posts . . . replete with embedded media and other choice frills and gewgaws" that would expand on my choices.  With the last week of the year lowering down upon me, my plan is to roll out those posts over these next few days, before 2010 consigns itself at the last to the Island of Misfit Years.

Rather than reviewing The List in strict numerical sequence, I have opted to proceed thematically. The theme for this first post is my favorite releases from New Amsterdam Records which, as I have said previously, more or less owned my ears in 2010.

New Amsterdam, for those not already familiar with it, is a New York based label founded by three young composers—Judd Greenstein, Sarah Kirkland Snider, and William Brittelle—as an outlet for their own music and that of their professional friends and collaborators.  To some extent, New Amsterdam is a "generational" label, tapping in to a community of classically-trained but eclectically inclined musicians for whom "serious music" is not confined to traditional concert hall venues and is not restricted in the influences it can absorb and reuse.  There is no single "New Amsterdam style," and the recordings that have come out under its umbrella range from more-or-less "conventional" contemporary chamber music through large ensemble jazz (last year's Infernal Machines

What is largely shared among the composers and performers at New Amsterdam is a background with superserious institutions of musical learning such as Julliard and Yale combined with relentless curiosity and intelligence in the quest for high-level musical expression.  Please don't call it "crossover," as I fear the Los Angeles Times tried to do in an irritating article this past August, which attempted to conflate New Amsterdam with the generally ghastly "classical arrangements of rock tunes/rock arrangements of classical tunes" school.

Here, then, are the six—count 'em, six—New Amsterdam Records releases that placed in my personal Top 20 for 2010: 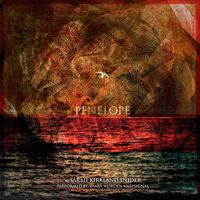 Sarah Kirkland Snider's Penelope is Number One on the list this year, and a clear and easy choice for me for that position.  I have gone on at length in the past on the subject of Penelope, so I will be brief on this occasion.  Let it suffice that everyone involved in its writing, its composition, its performance and its recording should be praised and thanked for bringing such a fully satisfying work to the world.

Snider's Penelope is much like Homer's own Penelope: Beautiful, intelligent, strong, humane, deft and subtle in its craft.  She's a keeper, for sure. Television Landscape, like Penelope, has previously received a post of its own.  It rocks unapologetically, with fervor and smarts to burn, a sort of apotheosis of dramatic orchestral pop, but its seeming wild abandon is in fact fully-composed, its every gesture planned and notated in advance with the same detail usually reserved for a tone poem or concerto. Balanced at the edge of excess and decadence but never quite falling prey to them, you don't so much listen to Television Landscape as sink guiltily into it, consuming it as you would a perfectly sized portion of a perfect dessert. 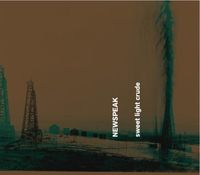 sweet light crude came out of nowhere in November and powered its way instantly into the upper end of my List.  Newspeak describes itself as "an eight-piece amplified ensemble working under the direction of composer [and drummer] David T. Little and clarinetist Eileen Mack. . . . embedding elements of a rock band into a classical new music ensemble."  Again, please don't call it "crossover."  If Newspeak belongs anywhere in the spectrum of popular music, it is on the elite outer edges of the oft-maligned "progressive rock" genre, in the company of the best work of King Crimson or Soft Machine.  In many ways, as I enthused in a tweet earlier this month, sweet light crude really is the best "prog" album since King Crimson's Red

The sequencing of works on sweet light crude is a classic fast/slow/ louder/softer mix.  The set fires off immediately with Oscar Bettison's "B&E (with aggravated assault)," a clanking, charging, jazz-driven turn that evokes a Looney Tunes short as scored by Charles Mingus.  "I Would Prefer Not To" by Stefan Weisman features Melissa Hughes repeating the passive-aggressive title phrase (famously the refrain of Melville's sorry scrivener, Bartleby) over a meandering drone with hiccups of percussion. David T. Little's "Sweet LIght Crude" is, as its title suggests, a nervous paean to black gold, Texas tea—oil, that is.  See the appropriately jumpy video below.  Missy Mazzoli's "In Spite of All This" returns to a more contemplative, if knotty, mode, probing furtively about with occasional nervous outbursts, before Pat Muchmore's Pynchon-inspired "Brennschluß"—named for the moment, featured in Gravity's Rainbow, when the fuel of a ballistic missile burns out and pure Newtonian physics takes over—roars Metallically to the fore.  After that bout of explosive chaos, the set closes with the slow, majestic, post-Industrial elegy of Caleb Burhans' "Requiem for a General Motors in Janesville, WI."

Like the promise of a hanging in the morning, sweet light crude concentrates the mind wonderfully. 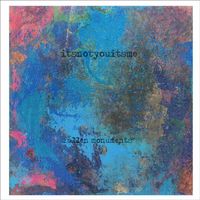 It's Caleb Burhans again, in collaboration with guitarist Grey McMurray and an array of digital looping and effects.  As itsnotyouitsme, Burhans and McMurray jointly compose, or improvise, and play an array of largely Ambient music marked by simultaneous qualities of doubt and majesty. Fallen Monuments is a transitional collection, largely drawn from live recordings and one-off improvisatons, focusing on music that, they say, they are unlikely ever to play again.  Largely quiet and gentle, but without weakness beneath it. Sometimes a composer just wants to have a personal ensemble to write for, and Victoire serves that purpose for Missy Mazzoli.  Five women—Mazzoli and Lorna Krier on various keyboard instruments, Eileen Mack (see Newspeak, supra) on clarinet, Olivia De Prato on violin, and Eleonore Oppenheim on bass—sometimes supplemented with extra guests, such as Melissa Hughes (Newspeak, op. cit.), work their way through Mazzoli's angular, appealing music.  About half of the material on Cathedral City previously appeared on a downloadable EP from eMusic in 2008: that material, already plenty intriguing, has been re-recorded in slightly modified and strengthened form, and is supplemented by an equal number of newer pieces.  Difficult to describe, never boring, all recommended. 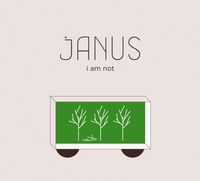 Janus, aka the Janus Trio, is flutist Amanda Baker, violist Beth Meyers, and harpist Nuiko Wadden.  As that configuration suggests, this is the most purely "classical" of the releases considered here, in many ways, although the trio is often supplemented by percussion or electronics of various kinds.  Whatever that lineup of instruments might lead you to expect, the music of Janus is neither dainty nor old-fashioned.  Nine pieces, six composers (Jason Treuting's "I am not (blank)" is spread across the album in four parts), and three strong players make for a sparking and sparkling survey of what these instruments can do in tandem.  Frequently lovely, but with a free and assertive mind of its own, Janus as an entity is never dull.  By way of example, here are brief excerpts of Janus performing Caleb Burhans' "Keymaster" live:

You are definitely doing a public service here with your music reviews and selections. I commend to anyone with the slightest inclination toward new music of any type to find and follow your lead. New Amsterdam Records has certainly given us all the gift of all manner of wonderful music. I have been working my way through your “Listening Listfully” selections with delight, and, while I’m still on my own Odyssey of listening, I can see why you chose Penelope as your No. 1. I endorse and second your earlier tweet: “the best thing to happen to Homer since Joyce.” Everything about this CD is beautifully done. Whorden’s singing is splendid (I haven’t words that adequately describe that gorgeous voice), McLaughlin’s text is a study in clean-lined elegance, and of course there is Snider’s brilliantly evocative music. I also second your recommendation to purchase the CD so as to have in hand the liner notes with both McLaughlin’s text and pertinent excerpts from the Odyssey.