Please. O Muse!  Hearken to my cry and let me finish this before the year is out.

Very well: this is the fourth and final installment in my expanded commentary on the top 20 items on my 2010 List of Most Preferred List-ening Material.  In this segment, perhaps the most conventional items of them all: plain ol' Mostly 'Merican Mainstream Music of the Olde Schoole, drawing to one extent or another on folk and popular traditions.  So here we go with my final Non-Dirty Half-Dozen: 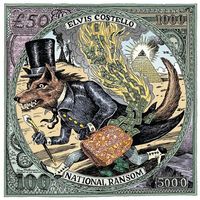 I have been following Elvis Costello—off and on, inconsistently, not like a stalker or something—since his first album and caught his first American tour, in which he was second billed to the now-largely-forgotten Mink DeVille, at Winterland in San Francisco.  I haven't actually seen him live since then, but no matter.  He is, I will insist, possibly the finest living American Songwriter ever to be born in London, and thus being therefore some kind of a foreigner.

Here, Costello re-ups with T-Bone Burnett, who produced last year's very fine Secret, Profane and Sugarcane.  Where that album stuck mainly to a retro-Americana sound, National Ransom ranges across the musical map and hearkens to nearly every stage of Costello's now-long career.  If it relates directly to any prior Burnett-Costello collaboration, it would have to be 1990's Spike

which showed a similarly cavalier attitude toward genre.

This is my favorite Costello record of his current, very productive period, and is even better to my mind than Sugarcane was.  There is no consistency of style, song to song, other than the constant of Costello's singing voice.  Half the fun is deciding which previous Costello record any given song would have fit right into.  Elvis Costello, without for an instant getting nostalgic or sentimental in the least about it, draws here on most everything he's done in the past three decades and Brings It All Back Home.

Here's a little video primer from Mr. Costello and company:

#6  The Courage of Others 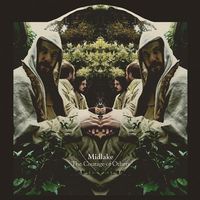 My my my: this may be the most unfairly savaged record of the year.

Here's the story: in 2006, seemingly out of nowhere, Midlake released The Trials of Van Occupanther

, in which they took a series of songs evoking a lost American Pastoral Era, vaguely 19th century but not particularly specific, and ran them through the prism of late-1970's mainstream American radio—think Lindsey Buckingham period Fleetwood Mac (listen to "Roscoe" from that album and just try to think of anything else), America, and the like.  The "indie kids" just ate it up.  As well they should have done, because Occupanther is a record of tremendous craft and appeal.

Suddenly, it is 2010.  MIdlake have worked very hard on a follow-up, reportedly threatening to break up the band in the process.  The record is immensely anticipated.  It is given out, accurately, that the band is now interested in a different set of influences: the Brit-Folk Revival stylings of, say, Fairport Convention or the Incredible String Band.  Out comes the record and . . . the dastardly Pitchfork nails it wriggling to the wall with a rating of 3.6 out of 10.  They might as well have assured you that listening would give you salmonella poisoning and a nasty rash.  Morons.

Pitchfork, and others who were similarly disdainful because, well, it isn't Occupanther, turned on the band and its record with abandon.  And that is simply wrong.  This is a wonderful record, to my mind, provided you are not put off by serious levels of sincerity and yearning to Get Back to the Garden. 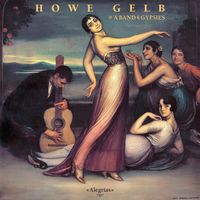 Howe Gelb & a Band of Gypsies

I have become a huge fancier of Howe Gelb (Giant Sand) in the past few years, as earlier year-end surveys will attest.  This project, released so far as I can determine by a Spanish label, exists in this country only as a download, but download it you really should.  Gelb, rooted in Tucson and often cited as the progenitor of "alt-country", traveled to and lived in Córdoba, Spain, and entered into a fruitful collaboration and cross-pollination with scary-proficient Spanish traditional musicians, particularly Raimundo Amador and his compatriots.  The result is a uniquely steamy Peninsular concoction that will leave your eyes and ears wide open. 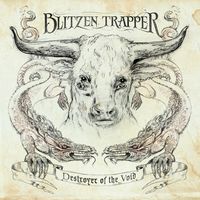 Blitzen Trapper is another product of Portland, Oregon.  The band mixes the down-home side of, say, the Grateful Dead, with the noise-funk-slacker-psychedelic experimentalism of, say, Beck, resulting in a sound that is strictly Blitzen Trapper.   Popmatters, in an interesting post on "The Best Fantastical Music of 2010", speaks of the "magical realism vibe that runs throughout" Destroyer of the Void, and there's definitely something to that.  This is another of those records that I have simply found that I really like to listen to: invite it in, and it is likely to find a niche in your rotation, too. 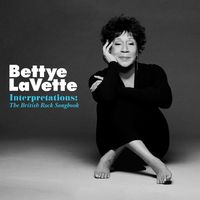 So, Bettye LaVette is the real deal: an authentic soul diva from the golden Hitsville, U.S.A. period of Motown who, for the usual array of totally unfair reasons, never got the career she deserved.  And now, as these things occasionally sort themselves out, she is busily disproving Fitzgerald's insistence that there are no second acts in American life.

Interpretations is just what it says it is: LaVette taking a run at a series of British rock standards and near-standards.  She does it with a tight band and arrangements that are deeply soulful without being other than relentlessly tasteful—we're not talking gutbucket, Dap-Kings soul here, but something much more elegant. LaVette has not hesitated to modify and personalize the material—her take on Pink Floyd's "Wish You Were Here" is exquisite, but it is not at all about Syd Barrett anymore, becoming instead a tribute to Marvin Gaye and other fallen Motown giants of her acquaintance—and the result is quietly thrilling and as solid as, well, a British rock.

Here, her renditions of standards from Led Zeppelin and the Rolling Stones:

Bettye LaVette - All of my Love

Bettye LaVette - Salt Of The Earth 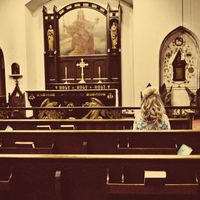 Every year or two, someone moves in on the blue-eyed gospel/soul mantle of Dusty Springfield,  In this case, it's Laura Burhenn, formerly of the pop group Georgie James.  I say its an entirely credible effort and that it goes down like a perfect gin and tonic in the summertime.   In the back pew.  Shhh.

NEXT: Very likely some subject other than music.  Who can say?

Many, many thanks to those who have been drawn to these posts, most especially the musicians and music lovers who have been so encouraging, have started following me on Twitter, and so on.  I am all Gratitude on that score.