Art writer Christopher Knight is on the very short list of reasons I still read the Los Angeles Times.  He has recently been in the forefront—alongside Modern Art Notes' Tyler Green and the Washington Post's Blake Gopnik—in covering the National Portrait Gallery's Hide/Seek: Difference and Desire in American Portraiture and the questionable decision, driven by Smithsonian Secretary G. Wayne Clough, to remove the late David Wojnarowicz's video work "A Fire in My Belly" from that show in the face of self-righteous snarling by the Catholic League and certain powerful Republican legislators.  (I commented on the story last week, here.)

On Monday, Knight published a "Critic's Notebook" piece drawing a connection between the hostility toward Hide/Seek and the broader issue of anti-gay bullying.  That piece drew an anonymous email response from the Catholic League, characterizing the exhibition as being devoted entirely to "homoerotic . . . pornography."  Knight responds today, publishing the email in full and offering examples of work included in Hide/Seek "that the Catholic League apparently thinks will scare the horses."  (Tyler Green has a number of other examples in an interview today with the exhibition's curators.)

Quite apart from the point actually being made, Knight's latest piece may have revealed the real scandal concealed within Hide/Seek: a hitherto unsuspected bit of, ahem, shared artistic lineage?

Judge for yourselves.  Compare and contrast Georgia O'Keeffe's 1945 painting, "Goat's Horn with Red" 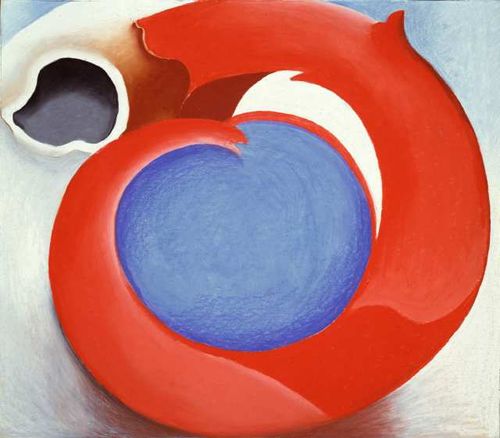 . . . and the more recently crafted logo of the Firefox Web browser: 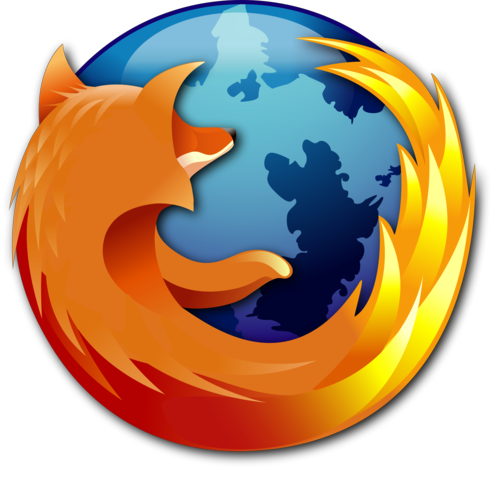 Somewhere, a team of intellectual property litigators is sharpening their knives, I just know it.