A Bend in the River, a Twist in the Tune:
Theme and Variations for Bewitched Musical Instruments 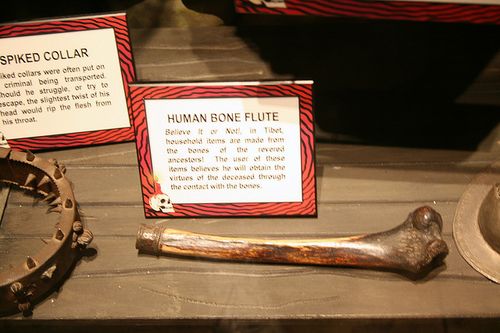 Blood will tell and murder will out.  The unjustly dead will find a way to stand and accuse their killers.  The songs and stories tell us so.

I first encountered this theme in a darkened cinema in then-thriving downtown Detroit when I was a wee nipper, back in 1962.  My parents took me to see The Wonderful World of the Brothers Grimm in the superduperwidescreen, triple-projector Cinerama format.  (Now reasonably obscure, Wonderful World turns out to have won the Academy Award for best costumes in its year, and was nominated for three additional awards for art direction, cinematography and score.)

Produced by George Pal and reflecting his fondness for special effects—stop-motion animation in particular—Wonderful World was the first use of Cinerama in a story-driven (as opposed to documentary/travelogue) feature.  It offered up a romanticized version of the career of Jacob and Wilhelm Grimm, and their gathering of the legends and tales whose written versions are now associated with their name.  Three of those tales are incorporated in the film, and one of those is "The Singing Bone."

In Wonderful World, "The Singing Bone" tells of a knight (Terry-Thomas) and his squire (Buddy Hackett, of all people) who are dispatched to slay a dragon. The knight is in fact a coward.  While the dragon is successfully slain, amid much slapstick hilarity, the slaying is done by the squire.  Rather than have his cowardice revealed, and in order to take credit for the deed—the hand of a princess is likely at stake—the knight kills and buries the squire.  Later, a shepherd finds the remains and whittles one of the bones in to a flute or recorder.  The instrument begins singing on its own, telling what really occurred and revealing the knight for the coward and murderer that he is. Somehow (the details escape me now) the squire is miraculously restored to life, and the knight is duly punished for his crimes.

No surprise, the movie version takes significant liberties with the original tale.  In the Grimms' telling, the protagonists are two brothers and the object of their quest is a large and dangerous boar. Younger brother kills boar, older brother kills younger, shepherd finds bones, horn fitted with bone mouthpiece sings on its own, and the murderous brother is executed. The murdered brother remains dead, albeit in a "beautiful tomb."

As with any good folk tale, there are variants.  Some of those are musical: that key element of the victim speaking against the killer through a musical instrument recurs in the ballad known by such names as "The Two Sisters" and "The Dreadful Wind and Rain."  It is a strange and disturbing song,

In the ballad, one sister always kills the other, usually by tossing her in a stream to drown.  In some versions, there is a reason given for the murder, usually jealousy over a suitor.  In others, the killing simply happens.  In every version, one sister dies, but there seem to be no versions in which the surviving sister is punished.   Some end with the murder, but most continue on to the strange fate of the dead girl: The body is found, usually by a miller downstream, and its divers parts are incorporated in to a harp or a fiddle.  (There is a graduate thesis to be had in figuring out why the fairy tale involves a wind instrument, while the ballad consistently involves music made with strings.)

The process of construction, and which part of the girl becomes which part of the fiddle, is detailed over a series of verses.  Any Freudians in the room will readily detect an undertone of necrophilia, though nothing is ever said outright.  On completion the instrument proves, of course, to be bewitched: it will play only one song, specifically the song that we have been listening to, revealing and making us complicit in the grisly tale of how the instrument came to be. 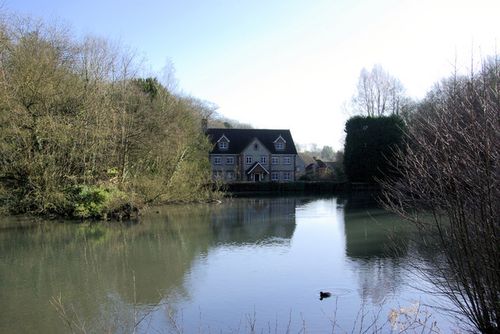 Recorded versions of the ballad in its seemingly endless variants are numerous.  Here, it is taken up by Jerry Garcia and David Grisman:

The most notable recent use of the song is by Nico "the Mozart of our Age" Muhly, who adapted it as "The Only Tune," a piece included in his 2008 collection, Mothertongue

.  (Mothertongue is streamable in its entirety below.  "The Only Tune" comprises tracks 8 through 10.)

"The Only Tune" is constructed in three parts, with the ballad being sung by Sam Amidon, seen below with his trusty plastic steed and bone-supported snare drum, during the work's New York premiere.

The first section, "Two Sisters," focuses on the murder.  The song begins in broken, stuttering snippets emerging out of noise and chaos, as the singer struggles to get out the facts of the case: that there were two sisters, walking down by a stream. Soon enough the song, with its repeating invocation of "the [dreadful] wind and rain," settles in over a spartan banjo figure and one of the sisters is drowned.  The second section, "The Old Mill Pond," follows the dead girl down the stream, where her corpse is ultimately fished from the pond with the miller's "long long hook."  A Reichian pulse hovers, soon joined by a clanking and thumping, as the miller settles to his gruesome taxidermic transformation of the unfortunate miss, peaking as the fiddle is played for the first time, revealing its "only tune."  The final section circles back, the entire ballad being repeated in a simpler, almost sunny style, with banjo, viola, and sparkling keyboard parts.

Here are Sam Amidon (without his horse), Nadia Sirota (with her viola), and Nico Muhly (with a battery of keyboards and laptops) in the concluding portions of Part III in performance at the Hotel Cafe in Los Angeles in 2009:

"The Only Tune" is a variant of the original ballad, but "The Only Tune" has also spawned additional variants of its own.  The performance above, for instance, differs in some respects from the studio-based version on Mothertongue.

The Mothertongue version has also been subjected to a remix by Ryan Lott, aka Son Lux.  That remix, which appeared as part of the no-longer-available 2010 Christmas mix offered by the Bedroom Community label, strips things down to leave Sam Amidon's performance of the song surrounded by a soundscape resembling a music box in a cider mill.  You can hear it as the accompaniment to this dance performance, choreographed and performed by Ryan Lott's spouse and artistic collaborator, Jennifer Lott (lottdance):

Sad to think, after all these musical resurrections, that one sister is still guilty and the other is still dead.  Fortunately, we can take comfort in knowing that they were both fictional in the first place.

For further listening:
I strongly endorse the only extant Son Lux album, At War With Walls & Mazes

, which somehow blends the gestures of Outer HipHopia—percussion breaks that sound like an entire drum kit rolling down stairs, vocals that sound as though the singer has never gone through a day without a stomach ache—with a seriousness of spiritual purpose that is authentically moving.  The EP of Son Lux remixes

is my personal favorite from the four-volume Shark Remixes series.

To keep our web seamless, I might note that the first I ever heard of Son Lux was an enthusiastic mention in a 2008 blog post (and Guardian essay) by, yes!, Nico Muhly, doing that thing he does of making serious unclassifiable music sound seriously interesting.  I do not know whether Muhly and Lott had actually met yet when that post went up, but they have performed together since and each has remixed the other.

Sam Amidon, with horse and equipage by Hrafnhildur Arnardóttir, premiering "The Only Tune" at the Kitchen, New York, March, 2008; photo via Brooklyn Vegan.

Oh, I do not know how you do it. This is a brilliant, brilliant post! As I read, I thought, hmmm, this song sounds familiar, yet I don't even know the Garcia version! And then I realized: Altan!