The Bar Association of Abalone, Arizona 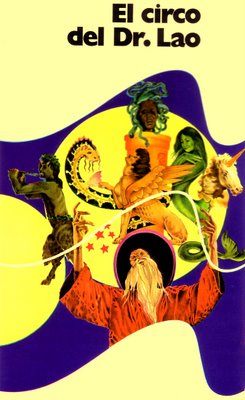 A man of many artifical parts was Lawyer Frank Tull.  His teeth had been fashioned for him and fitted to his jaws by a doctor of dental surgery.  His eyes, weak and wretched, saw the world through bifocal lenses, so distorted that only through them could the distortion of Frank's own eyes perceive things aright.  He had a silver plate in his skull to guard a hole from which a brain tumor had been removed.  One of his legs was made of metal and fiber; it took the place of the flesh-and-blood leg his mother had given him in her womb.  Around his belly was an apparatus that fitted mouth-like over his double hernia and prevented his guts from falling out.  A suspensory kept his scrotum from dangling unduly.  In his left arm a platinum wire took the place of the humerus.  Once every alternating week he went to the clinic and was injected either with salvarsan or mercury according to the antepenultimate week's dose to prevent the Spirochæta pallida from holding too much power over his soul.  Odd times he suffered prostate massages and subjected himself to deep irrigations to rectify another chronic fault in his machinery. Now and then to keep his good one going, they falttened his rotten lung with gas.  On one ear was strapped an arrangement designed to make ordinary sounds more audible.  In the shoe of his good foot an arch supporter kept that foot from splaying out.  A wig covered the silver plate in his skull.  His tonsils had been taken from him, and so had his appendix and his adenoids.  Stones had been carved from his gall, and a cancer burnt from his nose.  His piles had been removed, and water had been drained from his knee.  Sometimes they fed him with enemas; and they punched a hole in his throat so he could breathe when his noseholes clogged.  He carried his head in a steel brace, for his neck was broken; currently also his toenails ingrew.  As a member of the finest species life had yet produced he could not wrest a living from the plants of the field, nor could he compete with the beasts thereof.  As a member of the society into which he had been born he was respected and taken care of and lived on, surviving, no doubt, because he was fit.  He was a husband but not a father, a married man but not a lover.  One hundred years after he died they opened up his coffin.  All they found were strings and wires.

He parked his car, got out of it, and walked across the street to the circus to look at its freaks.

A regular General John A.B.C. Smith after the Bugaboo and Kickapoo campaign, eh?