Home Archives Profile Subscribe
Ignorant Armies Go Bump in the Night
[Bresnick: Caprichos Enfaticos]
By the Prickling of My Pears

Those Carefree Days That Fly 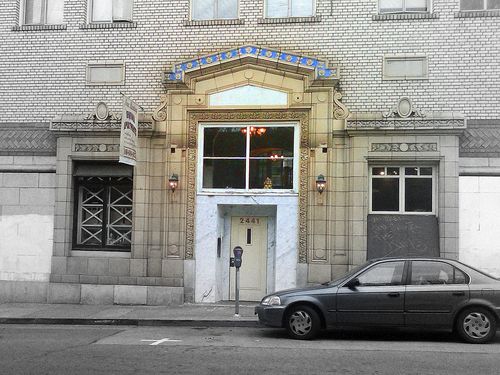 Twitter handed me a shock yesterday afternoon, and from an unexpected source. The Berkeley Art Museum/Pacific Film Archive [@BAMPFA] posted this item:

"Haste/Telegraph" rang a bell, so I launched a quick search and turned up this story from the Daily Californian:

As of 2:45 p.m. Saturday, the fire was still technically burning, according to Gil Dong, deputy fire chief for the Berkeley Fire Department. Dong said this is the largest fire — which has now gutted the building and burned for nearly 17 hours — he can remember in the Berkeley area since the East Bay Hills fire in 1991. Dong and city spokesperson Mary-Kay Clunies-Ross both said the building is structurally unsound and could collapse. Clunies-Ross said the intersection at Telegraph Avenue and Haste Street will be closed for at least a week.

Flames engulfed a building at the corner of Telegraph and Haste — which is home to Cafe Intermezzo, Raleigh’s Bar and Grill and Thai Noodle II on the ground level — late Friday evening and early Saturday morning during a fire that took firefighters more than six hours to contain. The roof of the building has collapsed and firefighters will stay on the scene all weekend to knock out any hot spots that may occur, according to Dong.

Also, a gallery of photos of the blaze, and this video:

I dwell on this for only one reason. During my senior year at the University of California (1977-78), that apartment building—the Sequoia Apartments, to give it its proper name, built circa 1935—was Home.

The photo at the top of this post, slightly processed and filtered for an added air of nostalgia, is of the front door of the building. I took it about seven weeks ago, on October 1, on a visit to Berkeley with my still-best pal from those college days, Rick Coencas. It was only the second time that I have been back since I graduated in 1978. To circle back to the Twitter item that began this, we were in Berkeley to see the Kurt Schwitters exhibition then running at the Berkeley Art Museum. Rick took this photo of me, standing in that doorway, squinting a bit into the overcast glare of an East Bay autumn morning: 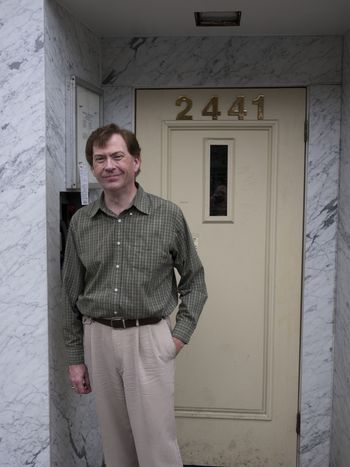 Moments before that picture was taken, a then-current resident of the building arrived and entered. We spoke with him briefly as I stepped out of his way. He noticed we were about to take a photo and I identified myself as a former tenant of the place. He marveled that the building had been an apartment as far back as the late '70s and that such aged beings as we could exist, and we parted. I do not know his name or anything else about him, other than that he has surely lost his own place there, and perhaps has lost whatever amounted to everything he owned.

I have lost only the physical site of memories and snippets of the past by this fire, hardly comparable to the losses of the most recent occupants of the Sequoia, but the destruction of that building has been lingering with me overnight far more persistently than I would have expected. Why, I wonder, should I be so affected by the destruction of a place that I lived in for fewer than nine months, and that more than three decades ago?

I think that the answer lies largely in this fact: That apartment at 2441 Haste is essentially the only place that I have ever lived alone.

I lived at home until I went off to college. My first two college years were spent in the Cal dormitories, the third in an apartment shared with three fellows I had met in the dorms. Within days of graduation, I had entered into my first marriage, and I have shared a home with my current beloved/spouse (and our sons) for the last 25 years. For those final terms at Berkeley, I was truly on my own in a sense that I have never been before or since, living in an upper floor studio apartment that featured an actual Murphy bed on a pivoting section of wall that also served as a closet door. 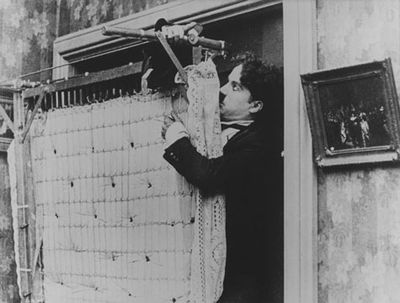 This is a "personal" blog, not a "confessional" one. It would be boring, and occasionally creepy I suspect, if I recounted the intimate details of my life in that apartment. There is nothing particularly scandalous or unusual to report, as these things go, but it was a concentrated course in what conventionally falls under the rubric of Growing Up. Looking back under the influence of this past weekend's fire, it seems to me that I did a good deal more Growing Up while living on Haste Street than I had ever done before, and more than I have done in the much longer period from then to now. I may have gained all manner of experience and technical knowledge and such in later years, but I often feel that my emotional maturity advanced mightily in those nine months and has rather plateaued ever since.

I am not generally one to swan about, mooning over the past, but the sudden loss of that place has sent me off in that direction in a way that revisiting the place itself, while it was still standing, never did or could. What once was home is now a sort of fiery madeleine, carrying me back unto the irretrievable days of yore.

You really do not, it seems, know what you have got until it is gone.

In that studio apartment, there was a former walk-in closet, with a window and desk built in, that served me as principal workspace. Much of my best work was done in that little room, in the hours between midnight and five in the morning on the day an assignment was due. Poetry of dubious quality was written in there, impetuous youthful schemes were hatched, delusions of grandeur were entertained, and occasional [sic] glasses [sic] of wine or sherry were drunk. Among the clippings and such taped to the wall was a William Hamilton New Yorker cartoon of two earnest and preppy young people, obviously English majors akin to myself, with one saying to the other: "I can never remember whether Robinson Crusoe is seminal or pivotal."

As Thanksgiving (US) approaches, some portion of my thoughts will be with those who lost much last Saturday night, but another portion will linger over what seems more than ever to have been, whether seminal or pivotal, a central and critical period in my life. I am plentifully grateful for my current lot, but a part of me will always miss those bright college days and that very particular, now extinguished place. Hail, and farewell.

To close, a good if only tangentially relevant song: "What we lost in the fire we gained in the flood," whatever that may mean.

The Mynabirds - What We Gained In The Fire

Those months you speak of were truly magical. I lived just blocks from you on Dwight and Fulton. Mr. Wayne on Blake. Between Zellerbach and those three domiciles, my world was drawn. My college girlfriend of that year also lived in the Sequoia, I spent time with you often in that studio, and remember it fondly.

The world was ours.

Berkeley has this way of changing and staying the same at once. The Sequoia may be gone, but Berkeley is still there. And although I rarely visit the place, it will always be a piece of me. The place I came of age. A home.