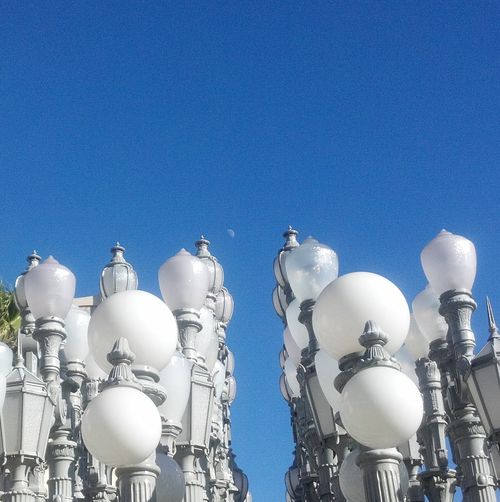 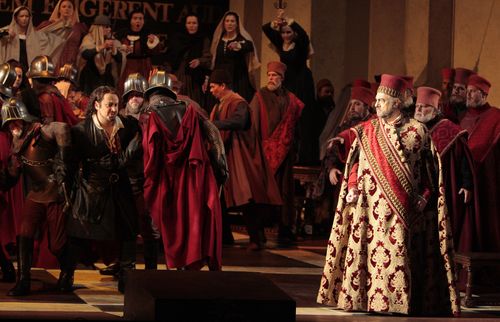 The famous natural philosopher and super genius, Wile E. Coyote, demonstrated convincingly that one can accomplish absurd and impossible things, such as running at speed on the thin air above absymal chasms, so long as (and only so long as) one does not Become Conscious of the absurdity and impossibility of one's position.

Italian opera works in much the same way. A performance with the necessary conviction and skill can persuade an audience that the events portrayed upon the stage make sense even when those events, upon reflection, are revealed as errant nonsense. Los Angeles Opera's current production of Verdi's Simon Boccanegra has more than sufficient stores of conviction and skill on stage and in the pit to carry the day. While it lasts, it is possible to disregard, and even to be moved by, an implausible and profoundly overelaborate plot that runs something like this:

In 14th century Genoa, the People and the Powerful are not getting on well. Boccanegra, a populist sort, loves Maria, the daughter of Fiesco, a man of Power. Maria has already borne Boccanegra a daughter who, having been left in the safekeeping of the usual now-deceased old woman in Pisa, has disappeared. Boccanegra, returned from a Genoan seafaring venture, arrives at the house of Fiesco seeking to wed Maria at last, only to learn that she has died that very night. At just that inopportune moment, the ambitious Paolo Albiani arranges it that Boccanegra should be unwillingly elected Doge of Genoa.

And that's just the Prologue.

The main action picks up 25 years later, with Boccanegra still in power as Doge and with the dueling factions still at one another's throats. By the end of Act I, Boccanegra has discovered his missing daughter, who was found in infancy by nuns and proactively substituted by them for Amelia, the young heiress of the Grimaldi family. As Amelia, she now lives under the care of Fiesco, who was banished but who has returned to Genoa under an alias. Fiesco has no idea that "Amelia" is his long lost granddaughter Maria because she has not shared with him the portrait of her mother (Fiesco's daughter, also Maria) that she carries with her. She does share it with Boccanegra, who propitiously carries with him an identical portrait. He thus finds his daughter at last, while never noticing that her guardian, who has altered his name but not his appearance, is his sworn enemy Fiesco.

The Genoa of Simon Boccanegra is the sort of place where abduction and poison are the preferred methods of statecraft. Citizens shift from howling for the death of the Doge to declaring their eternal devotion to him from one minute to, literally, the next. Slow-acting poisons here are so slow-acting that a single draught at the start of Act II is completely effective in the long term, but takes until the end of Act III to do its foul work, leaving ample time for the rise and defeat of (yet another) armed insurrection, the arrest and execution of various villains (particularly supporter-turned-nemesis Paolo Albiani), and a lengthy and exposition-filled final soliloquy in which Boccanegra explains all and brings about at least temporary reconciliation among the fractious surviving citizenry before singing his last.

It is all so persuasive, so long as you don't pause for even a moment to question it. 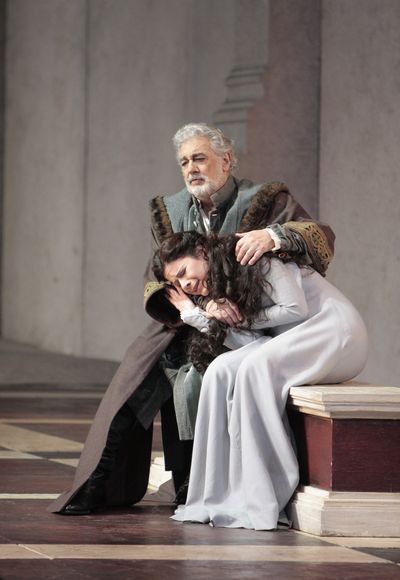 This particular production of Boccanegra exists principally for the sake of showcasing Placido Domingo's ongoing migration from the tenor to the baritone repertoire, but it is not a traditional "star vehicle." As Verdi wrote it, the opera can only hope to work if the other four principal parts are as strongly portrayed as the title role. The cast here in Los Angeles rises to the needs of the piece across the board.

Placido Domingo's skills as an actor are at this stage largely on a par with his long-settled gifts as a vocalist, and his shift into his lower register in this role pays off primarily by permitting him the opportunity to explore and lay open the conflicted but honorable character of Boccanegra. His baritone voice is not so dark or burly as some, allowing him to make effective use of subtleties of vocal coloration where others might rely on raw power. As Amelia Grimaldi/Maria Boccanegra, Ana Maria Martinez is appropriately warm and noble, with a scintillant clarity at the high end that compels one to forgive Verdi for the gratuitous bits of crowd-pleasing ornament he slipped in to the part. Amelia/Maria's beloved, Gabriele Adorno, is performed by tenor Steffano Secco in vibrant heroic young tenor style, forthright and true.

Vitalij Kowaljow, who was Wotan throughout the LA Ring cycle and returned earlier this season as Friar Lawrence, brings abundant nobility and gravitas to the part of Fiesco, a worthy lifelong enemy who declines the low road to vengeance. Paolo Gavanelli (the put-upon Don Geronio in last year's Turk in Italy) exudes appropriate amorality as the manipulative and casually villainous Paolo Albiani, Boccanegra's maker and murderer.

Each of these principals has been provided an aria or two in which to shine individually, but the particular virtue of this cast lies in the duos, trios and other character combinations in which the intermingling of voices is nearly flawless, to distractingly rapturous effect.

The strength of the LA Opera orchestra when conducted by James Conlon is such an expected quality now that a blogger might almost forget to mention it. That would be wrong. Fine as the singers are, they would be nowhere without the thrills of Verdi's score, and Maestro Conlon and company deliver it with fervor, point and potent intelligence. 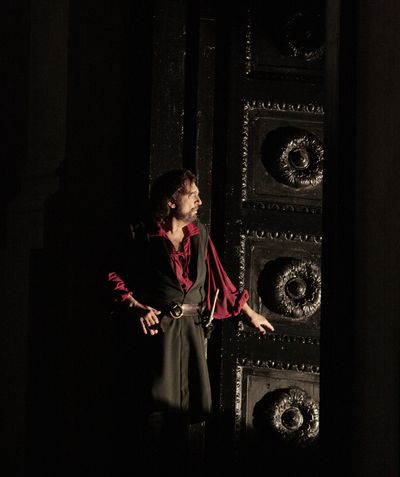 Incidental Note: Boccanegra was last seen in southern California 20 years ago, in a Long Beach Opera production under the direction of the late Reza Abdoh (1963-1995). Then-Los Angeles Times critical eminence Martin Bernheimer disdained what he called a "pretentious, high-tech-zombie production". The two things I recall about it are (1) I spotted Peter Sellars in the audience, and (2) it is the only truly boring production I ever recall seeing from Long Beach Opera. Los Angeles Opera more than amply overcomes the risk of boredom.