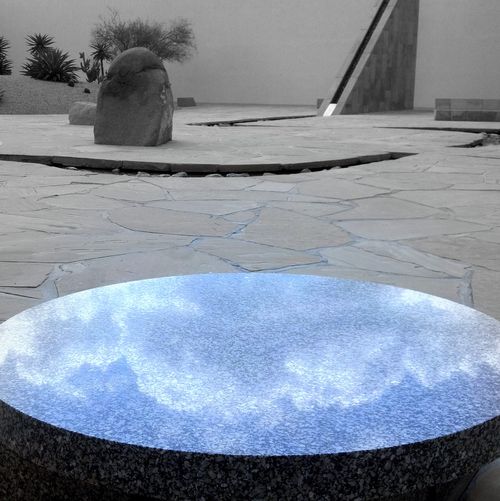 The promise of the unknown, the mysterious, the surprising—of the NEW!—can generate anticipation and instill excitement, or it can sow uncertainty and envelop us in dread. The New Lens Concert Series proposes that the unknown and the unanticipated are our friends, and that the element of surprise can and should enliven a listener's encounter with music, whether that music is familiar or, better yet, new. The inaugural New Lens program as I heard it on Wednesday evening in a performance by Seattle's Finisterra Piano Trio at the Pasadena Conservatory of Music makes its case persuasively.

Two young composers—Garrett Schatzer and Juhi Bansal—and Finisterra Trio cellist Kevin Krentz are the artistic directors and moving forces behind the New Lens series, which aims not only to provide exposure for their own music, but to expose perhaps unforeseen strands of connection between the music of today and music of earlier periods that has succeeded in lasting until today. New Lens posits that an audience's assumptions about the music it will hear stand as impediments to actually hearing it, and proposes to toss that impediment aside by simply keeping the music as a secret until it is played. What was revealed beforehand was only that the members of the Finisterra Trio would be playing, that there would be eight compositions presented, and that the years of composition would range from the 19th century to the 21st. The printed program provided little more in the way of clues. 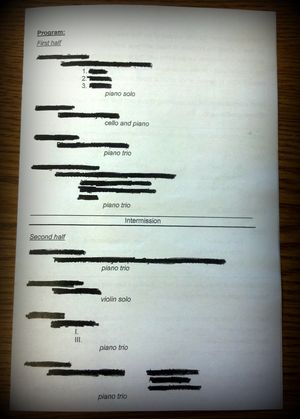 When all was revealed—in performance, each piece was identified after it had been played—the program turned out to be:

The juxtaposition and sequencing of the evening's selections was a strength. Finisterra pianist Tanya Stambuk wove deftly through the late Romantic hothouse mysticism of Scriabin's tiny theosophical morsels—the longest of them lasting little over a minute. Jalbert's piano-cello coupling was similarly unmoored but with a more angular and abstracted aesthetic. Garrett Shatzer's trio productively collided sturm und drang and the nervous twitchy soulfulness of Prokofiev or Shostakovich, with the urgency and intelligence of Beethoven concluding the first half as a sort of reanchoring in the trio tradition.

Matthew Whiteside's Oyster is not, I think, actually about oysters, but its methodical poking and scraping could be taken as a reference to the persistent irritation by which a pearl is made. Watery things also underlay Näcken, which takes its name from a fiddle-toting Swedish stream-spirit, a sort of siren/kelpy whose music is perilous to mere humans; it provided a highly-arpeggiated solo showcase for Finisterra violinist Brittany Boulding. Juhi Bansal's Wings, as its title suggests, draws on the form of birds in flight, and would have been entirely at home on wild Up's "Ornithology" program back in January. Wings is a strong, appealing piece and, alongside the Shatzer Trio, was the item on the program I would most hope to hear again. After travels by water and air, the Dvořák Trio's roots in village dances provided a satisfyingly grounded and earthy conclusion.

The New Lens mission, as described in the program notes, is to "Juxtapose eras.... Evolve the program [and].... Transcend assumptions." In this, I would have to say the lensistas have succeeded. The program in Pasadena worked, in the manner of a fine multicourse meal, by dint of variety and its combination of the familiar and the unexpected, bound together by a commitment to quality of performance. The organizers' ambition is to present New Lens concerts at least annually, and more frequently if possible. Given how well this initial venture seems to have come out, one can only hope those ambitions will be fulfilled.

This initial New Lens Series began in Seattle before arriving in the Los Angeles area, and concluded with two performances in San Francisco, April 19 and 20. I chose to hold this post until the series had concluded, because Nobody Likes a Spoiler. 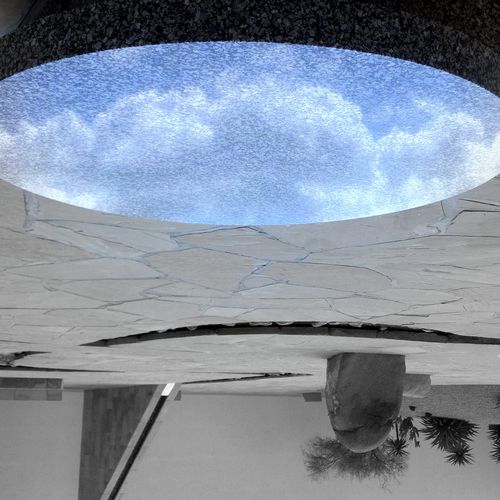 "Finisterra pianist Tanya Stambuk wove deftly through the late Romantic hothouse mysticism of Scriabin's tiny theosophical morsels." How do you manage to come up with lines like this? What a great idea for a concert, and, from the looks of it, the execution was terrific as well.

I don`t usually comment on articles, but this one as well as the whole blog is written with a wonderful style. Art is art :)