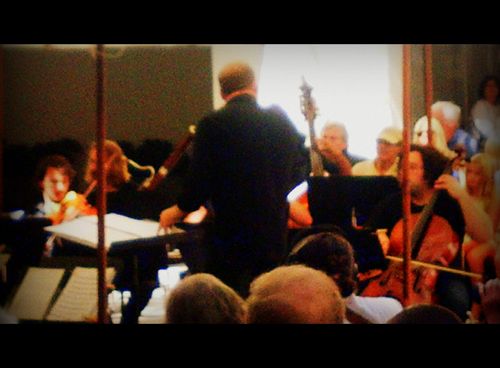 Ah, Labor Day weekend! That bittersweet time of year when we shuffle off our white shoes and suchlike summery equipage, and when a young ensemble's fancy turns to thoughts of … Johann Sebastian Bach. Yes, "Papa" Bach, and in particular the much-beloved Bachicism of the six Brandenburg Concertos. [Sic; it's always "concertos" with Bach, isn't it, rather than "concerti"?]

Midway through its six month residency at the Hammer Museum, wild Up wound up the summer on Saturday with a Bach-BQ, venturing a full Brandenburg cycle of sorts. There are three things that wild Up has shown itself to do well: (1) bracing, gumption-packed performances of existing, mostly modern or arcane, repertoire, (2) premiere performances of new work, much of it by members of the band, and (3) smashing old and new together all CERN-like to see what new forms of energy may result. The Bach-BQ partook of all three strains, but was ruled by the spirit of Number Three. Call it if you will a "reBrandedburg cycle".

Is there another musical phrase so universally recognized as "Baroque!" as the opening "Ba-da-bum ba-da-BIM, ba-da-bum ba-da-BIM, ba-da-bum-diddlediddlediddle-bada-bada-bada-biddle...." of Brandenburg No. 3? There is not. The version on offer to begin the afternoon was arranged by wild Up director-conductor Christopher Rountree and entitled "Transcriptions." I took it as a puckish homage to that genre of transcriptions and arrangements of Bach in which the gleaming precision mechanics of the original is hyped and puffed and supercharged for a more Great Romantic Composer feel as in, for instance, Stokowski's steroidal version of the Toccata & Fugue that opens Disney's Fantasia. Here, while the pleasures of the piece that Bach actually wrote were amply in evidence, they were Supplemented! and Improved! by lingering brass drones, recurring crescendos, and extended super-dramatic climaxes unimagined (or tastefully omitted) by their maker. Good music and a good joke made for a good time.

While Bach was easy to spot through the thickets of Rountree's piece, composer Mark Menzies buried him deep within his "Bachs 5," extracted from the Fifth Brandenburg. Menzies drew his premise from the notion that some of Bach's most high-flying, seemingly joyous music is actually an expression of having passed through deep seated spiritual agonies. He distilled that suffering in a piece both hard to play and challenging to hear. Atomized bits of Bach trickled out, or were extracted, through constant difficulty. Clacking sticks were used as percussion one moment, to bow strings or to strike a flute the next. Near the conclusion, non-players entered and physically prevented their fellows from performing. The closest thing to a constant came not so much from the keyboard (the dominant player in a traditional Brandenburg 5) as from the electric guitar, on which Chris Kallmyer meditated away in the spirit of Fred Frith or Derek Bailey.

Andrew McIntosh next had his way with Brandenburg No. 6 in "J.S. BA  C   H," in which he swapped out the violas of the original in favor of bass saxophones and bassoon before running the piece through a cycling-Minimalist filter. The portions into which Bach was sliced were larger and more recognizable than in Menzies' piece: here old JSB could be spotted repeatedly, as if between the trees in some Chekhovian birch wood populated by large hooting birds. 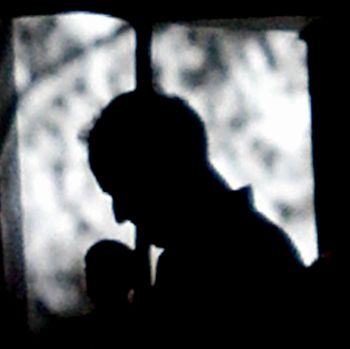 Following intermission—and the opportunity to grab a Bach-BQ-appropriate hot dog or, in my case, a bracing Rhone rosé—wild Up pianist Richard Valitutto took up the compositional reins with "Razing Castles," a three part ramble on Brandenburg No. 4. Each movement was given its own stylistic makeover: the first in the free-jazz/harmolodic idioms of Ornette Coleman's double quartets, the slow second cross-pollinated with Ravel's Valse (and perhaps a soupcon of Satie), and the third revisiting New York Minimalism. Each worked well in terms of both Bach and the styles with which he was blended. The second movement, already sublime in its original form, emerged from its meeting with Ravel as the most straight-up lovely music of the day.

Mark Menzies contributed his second arrangement of the afternoon with "E-Flat May Yams & Web," formerly known as Brandenburg No. 2. The second Brandenburg is famous for providing a showcase for the trumpet, which Menzies took to its illogical extreme. The trumpeter becomes the uncompromising center of attention, his largely improvised cadenza shifting direction and meter throughout as conductor and orchestra work to keep up. Attendants come and go, offering the trumpet player a selection of mutes, some of which he accepts, most of which he disdains. In a virtuoso if slightly sociopathic turn, Conrad Jones conjoined Bach's manner with the questing, spartan self-absorption of Miles Davis (though he neglected to turn his back on the audience, Miles-fashion). One could not look away.

Ending the performance at the beginning of the series, Andrew Tholl retooled Brandenburg No. 1 as "Eine Art Brandenburg (Aber Nicht Wirklich)" [Kind of a Brandenburg (But Not Really)]. With most of the ensemble returned to the stage, Tholl left his usual station among the violins to settle in to a full drum set, with which he recurrently interrupted/ drove on the band with a rush and a thump more in the spirit of Sebastian Bach than of Johann Sebastian Bach. That sort of whiz-bang irreverence made for a satisfyingly raucous conclusion to wild Up's engagement with the sainted Kapellmeister of Anhalt-Cothen.

As Procol Harum has it in that song with a tune itself lifted from Bach: "The crowd cried out for more." 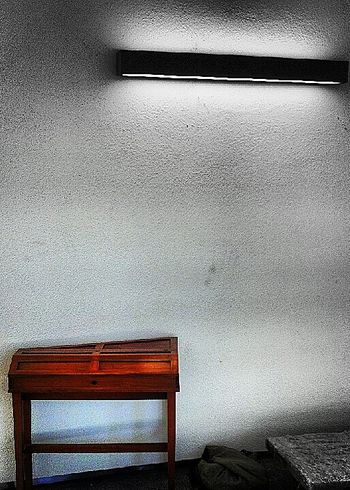 Procol Harum was included alongside Jethro Tull, the Swingle Singers, Apollo 100 (Joy!) and many more in a fine pre-show/intermission playlist of pop tunes derived from Bach.

Mezzo Abby Fischer stayed in town for an extre week to fill the second cello position beside the tireless Derek Stein. Double-reed man Archie Carey, meanwhile, inspired me to this:

One of the benefits of a @wildup show is the comfort of knowing you *will* get your recommended daily allowance of amplified bassoon.