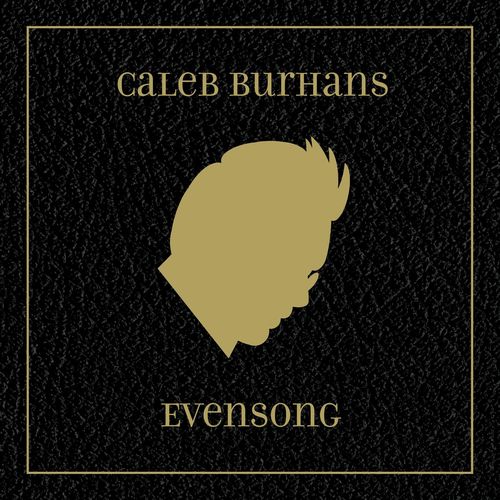 Yeats famously observed that "the world's more full of weeping than you can understand." We know it to be true. But in all the world's sadness hope, come of it found through beauty, remains, and it is in that liminal realm between affirmation and doom that Caleb Burhans makes music.

Mr. Burhans is an established fixture in the New York new music world: as a player (violin, guitar and more) and singer he is seemingly ubiquitous in ensembles including (but not limited to) Alarm Will Sound, the Wordless Music Orchestra, Newspeak, and the duo itsnotyouitsme. Evensong

, released today on Cantaloupe Music, collects examples of his choral and ensemble music from the past decade. Produced, mixed and mastered with a sure hand by Lawson White, and sequenced to work extremely well in its unshuffled state, Evensong is a rewarding sample case of humane and companionable music.

If there is a message secreted about these pieces, it is perhaps: "All may enter here." This is not music of exclusion, but music of invitation: the surfaces actively invite closer inspection, the inner recesses expand the invitation to linger in their company. There is comfort in this music, but it is a hard won comfort always watching the door for whatever trouble will, inevitably, enter next.

Three liturgical settings for the choir of Trinity Wall Street serve here as frame and pivot. The album opens with the undiluted praise of the "Magnificat" and concludes with the "Nunc dimittis", a song not only of praise but of farewell. At the center, "Super Flumina Babylonis" ("By the waters of Babylon"), the lament of exile, tricked out with a shimmer of string and celesta. Portamenti and glissandi sidle crabwise through the voices, the bend and slide of pitches hinting toward the unearthly. A professed semi-agnostic on the particulars of Christian faith, Burhans demonstrates ample facility with and sensitivity to its tropes, texts and traditions as raw material for musical exegesis.

Four instrumental pieces, three performed by Alarm Will Sound, mix among the liturgical settings. In the wake of a "Magnificat" that hints at a waltz, "Amidst Neptune" shifts the triple meter up a notch as it settles expansively in an imagined space where classical/new music and large ensemble jazz are equally at ease. "Iceman Stole the Sun" explores a throbby Glassian zone before its draperies part unexpectedly to disclose a languorously recirculating closing figure drawn from itsnotyouitsme's "we are malleable, even though they seem to own us".

On the further shore of the Babylonian river, "oh ye of little faith… (do you know where your children are?)" paces the room fretfully until its roof falls in in a clangor of guitar and tympani. An aura of worry also infuses "The Things Left Unsaid," for the Tarab Cello Ensemble, but the piece finds its way to a more hopeful tone in its final moments. The "Nunc dimittis" that follows resolves in a series of variations on the "amen" lasting almost as long as the main text, a glint of hope that the messy business of mortality may in fact end well.

An introductory interview with the composer in which, among other things, he doubles down on the entire "what do we call this music" foofaraw by proclaiming himself the trailblazer of "emo classical":

I enjoyed a brief but very cordial conversation with Caleb Burhans when he was in Los Angeles earlier this year in conjunction with the Los Angeles Philharmonic's "Brooklyn Festival." He later, kindly and unexpectedly, sent links my way to near-final versions of the tracks now included on Evensong, for the which I thank him.

Ten years ago this day a little blog launched out on the perturbulent cyberseas. afoolintheforest.com And that is all I'll say about that.