Home Archives Profile Subscribe
Grim Grinning Ghosts Come Out to Vocalize
[Pacific Opera Project: The Turn of the Screw]
A View to Achille
[The Death of Klinghoffer, Long Beach Opera] 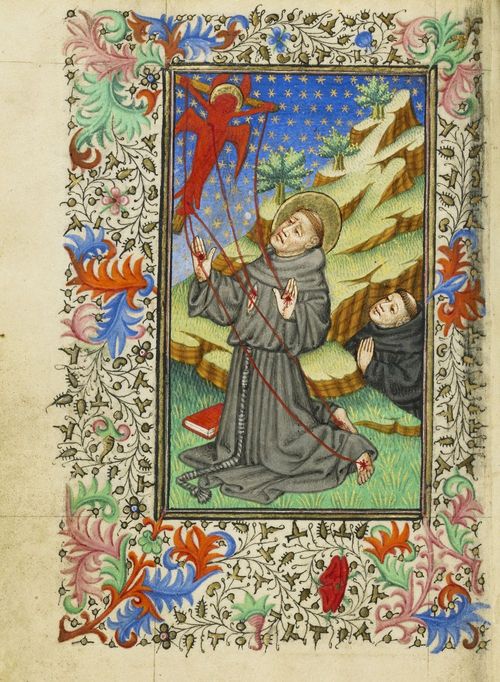 So then: here's a thing with which I am well pleased.

This upcoming Sunday morning, March 9, will see the premiere performances of "Beset", a choral piece composed by Garrett Shatzer at the behest of the Choir of Centerpoint Community Church in Roseville, California. The text was written by ... moi-même, this fool, me.

The piece was commissioned for performance at the Festival of Peace and Brotherhood which will take place in Rome, March 12 through 16. There was originally substantial cause to hope that the Choir would be performing the piece, with the composer at the organ, in St. Peter's itself. That prospect, sadly, has gone by the boards. Still, "Beset" will be performed several times during the Festival in historic churches roundabout Rome, so one can hardly complain.

I was introduced to Garrett Shatzer through Dale Trumbore in connection with the New Lens Concert Series project, of which Garrett is co-creator. One idle comment led to another—I think I larkingly referred to my interest in becoming a "freelance librettist"—and here we find ourselves, Garrett and I, as collaborators. "Beset" is the first of our collaborations to see public performance, so I am as you might imagine a bit chuffed. We've another piece, for children's choir, premiering in May, of which I'll post as the day approaches. And there's a large project—the first to which we applied ourselves, a song cycle that morphed into something like a chamber opera featuring certain eminent Victorian and pre-Renaissance personages—that lies dormant for now, but of which I surely hope I will have more to report in due time. Trust me: it is the coolest thing.....

"Beset" is, I believe, the first and only overtly religous text to which I have set my hand. I cannot but confess that I suspect it is neither logically nor doctrinally sound on close reading. The opportunity to write it came up shortly after the then-new Pope had adopted Francis as his papal name. With the St. Peter's performance in mind, Garrett suggested that I consider incorporating some connection to the papal namesake, Francis of Assisi, into my text. Some puttering about led me to Francis's "Prayer to Obtain Divine Love", and that text resides sub rosa within my own. It surfaces overtly in the fourth stanza after a bout of imagery from other prayers of need and praise, such as the De Profundis and Ave Maris Stella. The spirit of John Donne, though none of his technique, is invoked. The canyon is a backhanded allusion to Messiaen. The piece is named "Beset" because "beset" is a fine old word.

At this writing, I've not yet heard a note of the finished piece. I am venturing north to hear it this Sunday and I hope, at some point, that I can supplement this post with a recording. For the nonce, here are the words without the benefit of the music that I trust will be the making of them:

Beset by fears and by uncertainty

Beset in dreams and when I wake beset

The way is hard

I cry for comfort

Across broad seas or over frowning peaks

Hail! O star of the sea,

O star of the desert and the canyon and the vail:

Guide me through the dark and recurring night.

Send me, O Lord, that sweet and fiery strength

And let your Love absorb my soul that I

Teach me, O Lord, to love all You have made:

All peoples, all this world, your holy Light,

And salvaged from this wreck

So great to see this. Congratulations!