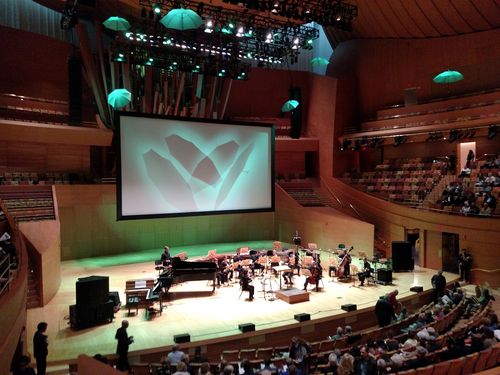 Before debarking each summer to the poptoned jumbotronic precincts of the Hollywood Bowl, the Los Angeles Philharmonic has become partial to ending its downtown Walt Disney Concert Hall seasons with a themed festival of some kind, typically focusing on music of the post-war Twentieth Century or the endless-war Twenty-First. Last year at this time, it was a deep deep plunge in to the Minimalist Jukebox; the previous year honed in on the music of [mostly] contemporary Brooklyn and environs. Now, to conclude its 2014-2015 season, the Phil offers up "Next on Grand: Contemporary Americans." Over the course of this week, the Phil is rolling out no fewer than seven world premieres, several West Coast premieres, and a handful of other still-new, and all-American, compositions. The programming still skews East, and it still skews male—more so than one would expect: the Phil is better than most at commissioning new works by women—but it is new, new, new and, based on the opening night, promises much.

The launch of Next on Grand fell officially to the orchestra's Green Umbrella series on Tuesday evening, with the subset of musicians within the orchestra who are committed to doing the contemporary repertoire, and to doing it well: the Los Angeles Philharmonic New Music Group. Under the direction of composer-conductor John Adams, Tuesday's concert featured three brand new works, and one nearly new piece, all  from composers at or under 35. It was a rich and satisfying evening. This blogger ate it up, and it has left him thinking about ... many things, which he hopes to take up in another post shortly. For the moment, though, a report on the Tuesday evening groaning board of musical excellences:

First up, Dylan Mattingly's "Seasickness and Being (in love)". Berkeley-born in 1991, Mattingly has made his early reputation through his work at Bard College, particularly with the ensemble Contemporaneous, which has recorded a collection of his prior work, Stream of Stars. His emerging voice as a composer grows out of the elaborately accelerating verve of John Adams, but is rapidly asserting itself in its own directions If we apply the test of wanting to hear it again, "S&B(il)" is a plain success. It builds on something of a trick—a second piano in the ensemble, detuned a quarter tone lower than standard—and then makes that trick itself disappear almost immediately into the weft and weave of the piece, anchoring its patterns. It subdivides, in retrospect, into three distinct segments: an opening driven by kinetic momentum, a middle marked by chordal washes moving about from player to player, and a final extended pointillist settling down to silence. I am hopeful that someone will record it, because the piece is worth wandering about and getting lost in.

The setting of text is a difficult matter. Christopher Cerrone has demonstrated a particular talent for it, with his opera Invisible Cities, well received here in Los Angeles—not least by this blogger—in 2013. "The Things That Fall to Earth" is a song cycle for sopran0—Hila Plitmann, last seen here altogether unrestrained and commanding in Zappa's "'200 Motels'"—drawn from seven poems by Kay Ryan, sung through as an uninterrupted series. Rich, fluid, always clear of line and supportive of the plain expression of the verse while maintaining surprise, Cerrone's music alludes in passing to the likes of Copland and Ravel, and to Debussy in its vaporous support of the text, but the tenor and flow of it is ultimately his own. It passes the lean-forward test: one presses in, wanting to hear each new sound plainly so as not to miss its import. A beautiful bit of work beautifully played and sung, first among equals for the night in my estimation. 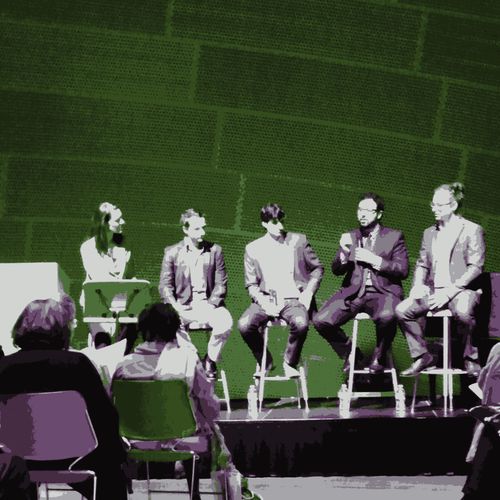 Jacob Cooper's "Alla stagione dei fior" opened the second half and stood out as completely different from the works around it. For one thing, no live orchestra was involved. "Alla stagione dei fior" is a video piece and its sights and sounds all derive from preexisting material. The title phrase comes from La bohème: with the certain knowledge that Mimi is dying, she and Rodolfo nevertheless resolve to stay together through the winter, "until the season of flowers." Cooper combines two brief snippets from an existing video of the opera, slowed and extended almost to the point of immobility. The principal image is the tableau at Mimi's bedside at the moment of her death, the focus moving closer and closer by the tiniest of increments until not the lovers' faces but the space between those faces fills the screen. In that space, Cooper sub-imposes the moment of the title phrase from the previous act, complete with flickering subtitle, broken into sections microseconds long and jerkily reblended. The soundtrack is taken from the existing video, but is digitally stretched to a long, resonant drone. The concentration and visual near-stasis, coming to a point in Mimi's expiration, recalls Bill Viola; the drone score reinforces that concentrated attention, extending it toward endlessness. (Jacob Cooper's song cycle, Silver Threads, with Mellissa Hughes is also based in drones, albeit far warmer and more changeable. Released by Nonesuch last year, it did not receive nearly the attention it deserves, in my view. It was my second-favorite recording of 2014, and I unequivocally recommend it.)

Sean Friar's "Finding Time", with which the evening ended, could as well have been titled "now ... this", as it bounded from musical idea to idea to idea without obvious connection or transition betwixt them, like a flipbook with its images disarranged. Each fleeting thought had something to recommend it, but each tended to leave the scene before the first-time listener had an opportunity to grip it. Beginning with bursts of jazz-inflected fragments, it ranged every which way, before stopping with a sort of hiccup. I was particularly taken with a passage toward the center, in which the players settled into what emerged as a Tristan-like mystic chord as though sinking into a beanbag chair, before bounding tangentially away. Again, a piece that would be worth a repeat listen, or several, if only to begin to sort its sparkly shards. 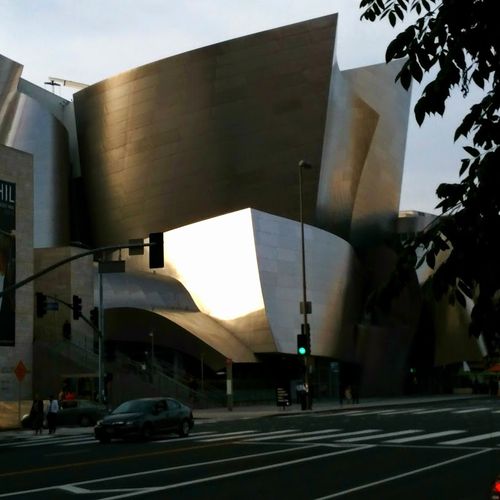 Next on Grand continues through the weekend with, among other things, world premieres from Steven Mackey, Philip Glass, Bryce Dessner, and Andrew Norman.