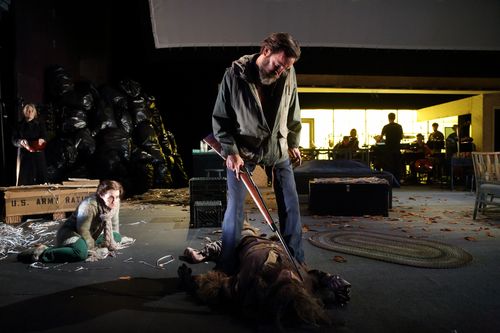 David T. Little's opera, Dog Days, which premiered at Peak Performances in New Jersey in 2012 to significant acclaim, made its west coast premiere last night under the auspices of Los Angeles Opera in its new collaborative initiative with New York's Beth Morrison Projects. I attended the performance, and I have written about it in the fool musical annex:

The Curious Incident of the Dog in the End Times