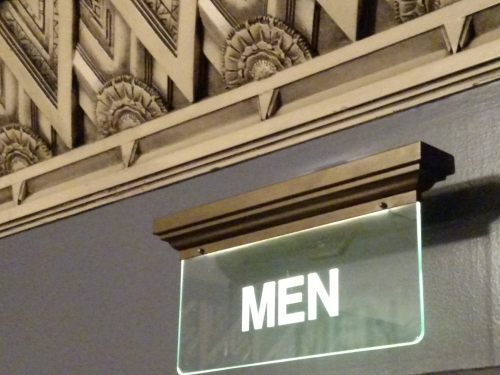 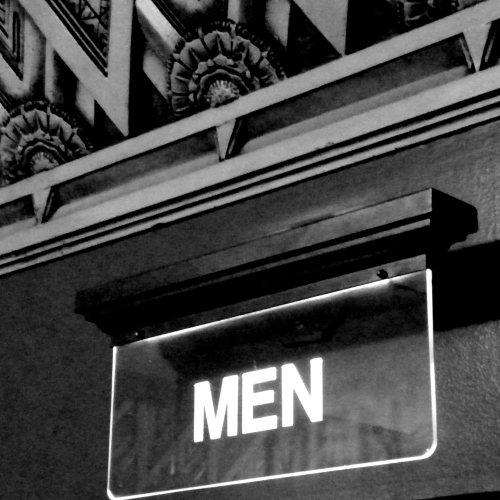 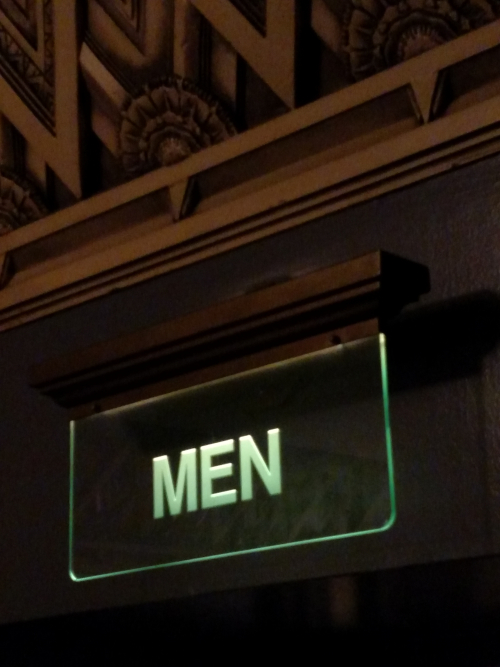 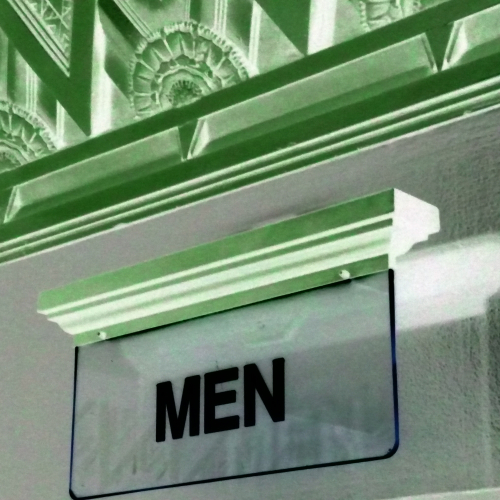 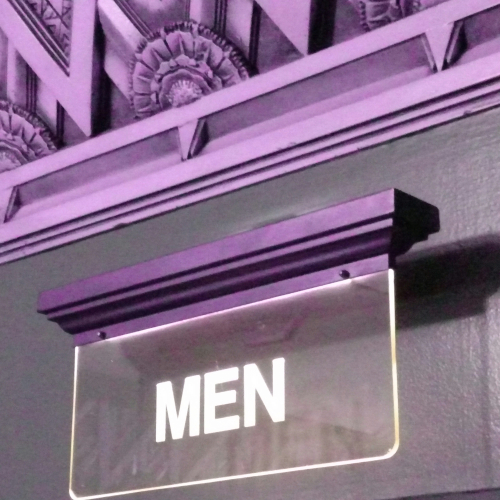 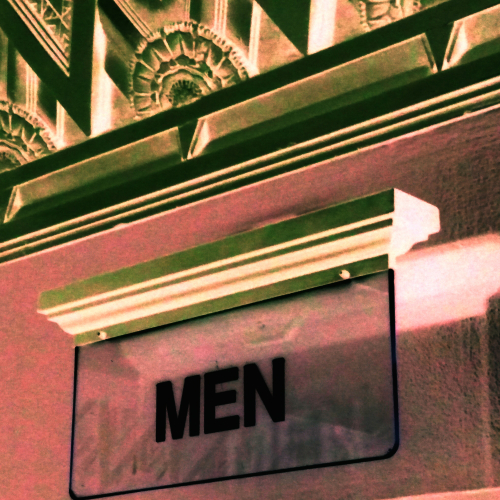 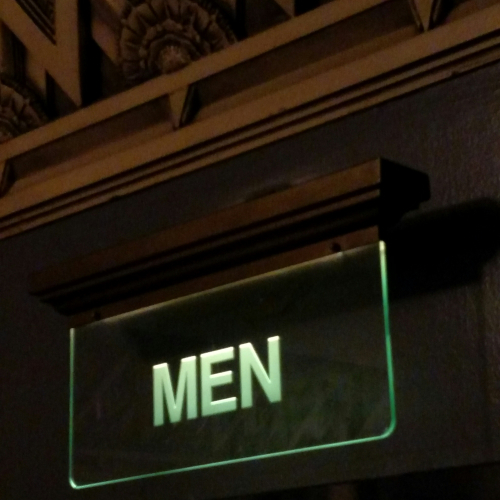 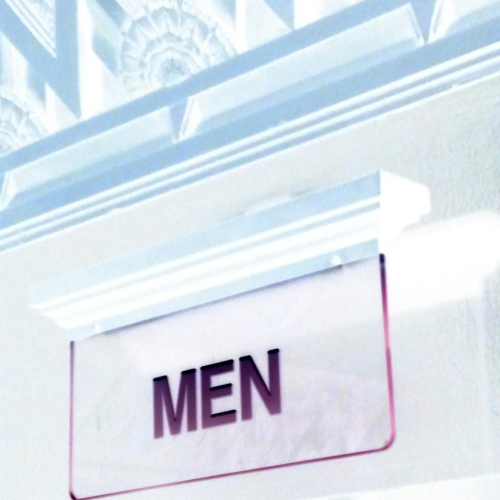 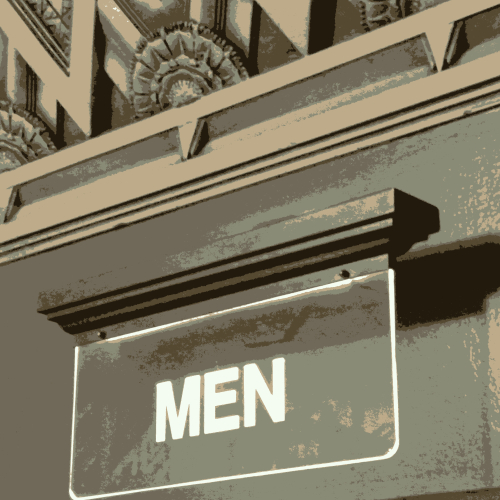 The original of this photograph was shot, upon emerging from the room to which it pertains, at the tail end of the evening intermission at the Hollywood Pantages Theater on the 25th of June, 2016. The show on offer was Beautiful: The Carol King Musical. It was a most enjoyable evening, really, in the company of my life's companion and favorite person, to whom I will have been wed 30 years at the end of August, thank you very much. She would disapprove this post, because it is silly.

I posted a version of the photo on Instagram as intermission was ending. I later returned to it, fiddled about with it, particularly as to color and negative/positive trickery, and found the results amusing. The large single word and the variant colorings began to remind me of the work of Ed Ruscha, so I post some of them here as a thoroughly lowbrow tribute to him.