Home Archives Profile Subscribe
Tempted by the Fruit of an Author
[Four Larks: The Temptation of St. Anthony]
The Watcher Watched 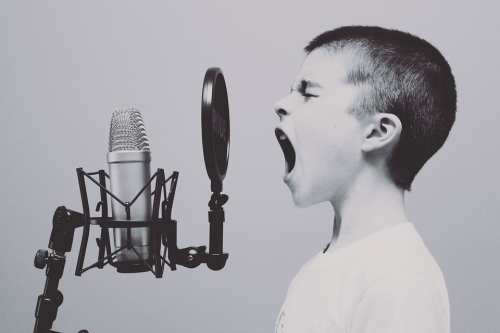 This blog is a sad thing these days, a walking shadow of its once sprightly self, a faded jaded mandarin, little trafficked, neglected by its proprietor. Over the length of 2016, I find that I have more unfinished drafts than actual posts. And yet, one—at the least, this one—might hold out hope that it may bestir itself again in time.

One tradition to which I yet cling is this: "Listening Listfully", my catalogue of the album/EP-length recordings released in the past twelvemonth that most particularly tickled my fancy. This year, they number 50, but the List is like baseball: it could in theory go on without end. These are personal favorites, as always, rather than "bests"—although I maintain that everything here is here because it is genuinely among the best things of the past year, and not simply because I have enjoyed it. There are inevitably many recordings of quality omitted, simply because I have yet to listen to them.

Last year, I held out until New Year's Eve. For 2016, I am electing to post on the Eve of Christmas Eve, with the intention to follow on on Boxing Day with a 50-plus entry, properly threaded Tweetstorm on this fool's Twitter timeline. If I get truly ambitious, I will update this post to embed those tweets, and possibly to add further commentary. [Update 26 Dec 2016: The Tweetstorm broke as threatened and is now embedded at the end of this post.] In a break from recent practice, I have lumped everything into a single list, eschewing arbitrary genre boundaries. It is all just plain good music to these foolish ears.

I have incorporated opportunities to stream most of the Top 25 choices on the list. I am sufficiently old fashioned that I still prefer to buy and own music, rather than simply streaming it. I also prefer that as large a portion as possible of what I pay for music should make it into the hands of that music's makers. In consequence I find myself more than ever making use of Bandcamp, which advances both of those preferences more than passing well. Bandcamp-linked recordings on this list are purchasable there; for others, I have provided Amazon links.

20.    William Brittelle - Dream Has No Sacrifice

[First appearing in August, nearly all evidence of this exemplary ambient drone raga musing on southern California themes mysteriously "made itself air into which it vanished" from the online world earlier this month. Included here in the hope it may someday return among us.]

25.    Vanishing Twin - Choose Your Own Adventure

31.    Roomful of Teeth, inter alia - The Colorado: Music from the Motion Picture

[I wrote about The Edge of Forever previously, here.]

46.    Rational Discourse - Live at the Mothlight

On paper, this list rolls on beyond 50. Many of those Honorable but Unmentioned recordings can be found in my Bandcamp collection, here.]

The Boxing Day Tweetstorm [clicking on the embedded initial tweet below should lead to Twitter and the complete 51-entry collection]: