"The Kissed Mouth":
Words, for an Unrealized Song Cycle 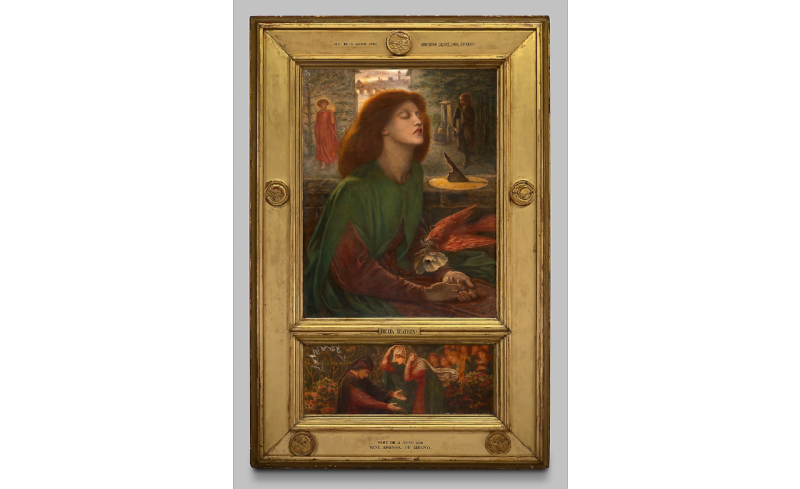 The project came my way through Garrett Shatzer, who has since retired from composition. Although he and I would eventually collaborate in 2014 on two other standalone choral songs — "Beset", which made its way to Rome, and "The Map of the Clock" for the Sacramento Youth Chorus [Attention choral directors: listen here, it's very good!] — but various things fell apart and that original song cycle never advanced to the point of actually being set to music. When Garrett stepped away from the composing game, the verses reverted to their author, this fool, and there they remain.

The original task was to craft a group of song texts linked thematically, to be set for two singers. Soprano and tenor voices were the plan, although I would be just as happy if either or both were pegged lower down: I am partial to mezzo sopranos and baritones, myself. No particular theme was suggested, and I soon inclined toward having the singers be characters and toward a set of songs knocking on the door of, if never quite gaining admittance to, the realm of chamber opera. The tenor part would be for a single character, but the soprano would have three.

I proposed the story of a man in Victorian England, who would be called upon of an evening by three apparitions. The man I settled upon was the poet and painter Dante Gabriel Rossetti, whose life provided any number of candidates for the three soprano spirits. From that pool, I settled on Elizabeth Siddal, who modeled repeatedly for Rossetti and others of his Pre-Raphaelite circle, married Rossetti, and died; Jane Burden Morris, also a frequent Pre-Raphaelite model, who married William Morris but also carried on a longstanding relationship with Rossetti; and Beatrice Portinari, as idealized by Dante Alighieri in the Divine Comedy, and as further idealized by Rossetti throughout his artistic career. Visions of these three appear to Rossetti as he is on the verge of death. He is granted by Beatrice a small personal apotheosis.

The title of the piece became The Kissed Mouth, derived from Boccaccio by way of a Rossetti painting, Boca Baciata, the principal model for which was Fanny Cornforth, who does not appear in these verses even though, of the women important to Rossetti, she is the one, apart from his sister Christina, most likely to have actually been near at the time of his death. As I remark elsewhere, Fanny Cornforth deserves some verses and music of her own one day.

I like The Kissed Mouth, and I am pleased to have had the occasion to write it. When the original project still had some prospect of coming to fruition, I did not circulate the text much beyond the potential participants in it. When its original purpose ended, I never got around to publishing it elsewhere, until now.

I have set up The Kissed Mouth on a group of pages separate from the main body of this blog. It can be read complete, at a single go, or it can be accessed through a page that links to its individual subsections, which are also linked to one another. There are even notes and some description of the sources for the bits of Rossetti's own poetry, and the allusions to Keats and Dante, that were incorporated into the fabric of the piece. As Beatrice sings near the end: Enter here!

A Self-Serving Message Directed to Composers: If you find anything here (or elsewhere in the Poetry postings on this blog) that strikes your fancy, or that gives you the impression that I might be able to concoct a text or ten that might be of use to you in your own projects, I am easy to find. Inquiries welcome. My dreams of becoming a freelance librettist refuse to die. Being as I am an aging white male myself, I have a particular interest in working with those who are not one or more or any of those things.