Eurydice: Takes Upon the Mystery of Things 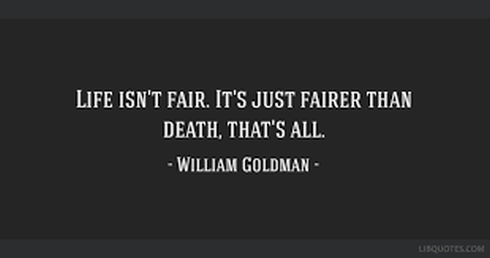 There are no happy stories about Orpheus.

At least, there are no such happy stories if you discount Offenbach’s vicious [and funny] send-up in Orphée aux enfers. There is humor inserted in the telling of it sometimes, but the actual Orpheus story is always, in the end, sad.

There are very few stories at all about Eurydice, again with the limited exception that Eurydice is involved in that generally funny and happy tale re-spun by Offenbach. But enough of Offenbach. Eurydice’s story is, to the extent we tell it at all, also, inevitably, sad. And it remains true now:

There are no happy stories about Eurydice.

There are, however, beautiful stories about Eurydice, notwithstanding they will break your heart in the end.

Eurydice [composed by Matthew Aucoin; libretto by, and from the play by, Sarah Ruhl] is a very sad, but beautiful, Eurydice story. You would do well to lose yourself in it, for an evening or an afternoon, while it is here for three [or so] remaining performances in its premiere run at Los Angeles Opera, or eventually in New York when it makes its way next year to the co-commissioning Metropolitan Opera.

Ordinarily, I might talk about the production, the performances in and out th’ pit, things of that sort. On this occasion, I am more inclined to talk about the piece itself. To get a sense of the physical production - which, with the possible exception of that Scene 1 beach chairs and beach balls at the beach business, is solid as can be - you can watch this preview video:

So, then: Eurydice the opera is adapted from Eurydice the play, written by Sarah Ruhl in both cases. I have not seen or read the play, which has enjoyed an enthusiastic reception far and wide. The libretto, cut down from the theatrical text, works very well as an opera text. In fact, the job of connecting words and music has been done well enough that I have a hard time imagining this text working without the music.

For marketing purposes, at least, Eurydice has been postured as the Orpheus story “from Her point of view”. It is that, but it has always had larger concerns, even in its pre-opera life. The largest concern at work is the relations of daughters and fathers, and Sarah Ruhl has said repeatedly that a large part of the play’s origins lie in her search into her own relationship with her own father, who was lost to her in her twenties.

However the dramatic balances may may be struck in Eurydice the play, in Eurydice the opera Eurydice’s deceased, unnamed Father serves as the center, the linchpin of everything, in some ways overshadowing Eurydice herself. It is a marvelously made role that is filled to perfection in the premiere production by Rodney Gilfry.

Here is how the opera works:

Your basic Orpheus-and-Eurydice story is present and accounted for. They meet, they marry, she dies, he goes to the Underworld to retrieve her, he is permitted to take her back to the living so long as he does not look back to see her on their way out, he looks back to see her on their way out, she is lost again. From that point nothing gets better, in most any version, and that rule is rigorously observed here. However, those plot points mainly serve, somewhat like the poundings and drones and chitterings of the Underworld, merely as a ground on which the more interesting new wrinkles to the story play out.

We meet Orpheus and Eurydice on the day of their engagement. Orpheus, throughout, professes his love of, devotion to, and mastery over Music, but we hear no real examples of it. Orpheus the glorious musician is not the point of this opera. For that, you would want an opera with Orpheus in its title. Orpheus is a bit of a McGuffin, and only present because he is expected. In fact, for an opera, definitionally a drama built on music, Eurydice places a far greater value on written and spoken language. It is largely built on losing, and rediscovering, words words words, and the ways in which words preserve and transmit memory.

Eurydice dies. In this case, it comes when she falls down the stairs from the high high high apartment of a seedy plaidcoat sales thumper who is, ho ho, Hades, into whose company Eurydice has strayed while taking a break from her tedious wedding reception. Hades has come with the excuse that he bears a letter from Eurydice’s dead father. This is true: Eurydice’s father, dead to begin with, is apparently the only former person in the Underworld who has retained the ability to read, write, and, of highest importance, remember. He somehow did not drink deeply enough from Lethe, the river of forgetfulness, in which all new arrivals are given a dip, and which strips every other former mortal of their recall and expression.

The Ruhl/Aucoin Underworld is, without resort to Dantean tortures, singularly unpleasant. Hades, it turns out, is not so much a God of Death, meting out the end of life, as he is an officious and overworked lodging entrepreneur, to whom these guests are a pure nuisance. Deep Forgetting is the order of the day chez Hades, and should anyone be tempted to try recalling much of anything, a darkly comic trio of Stones [Big, Little, and Loud] stands ready to shout out orders ["Shut up! Shut up! Shut up!"] and gruffly drive off all articulated thought. Homer's Underworld is similarly miserable, but in a different vein: there, rather than losing all memory, the shades are pestered with the sporadic return of recollection of how much better it was, even at its worst, to have been not dead.

After her fatal tumble, Eurydice proceeds via an elevator through a Lethean downpour to the afterlife. She forgets, most everything. Her father, however, having not been properly bleached of memory, knows her on sight. He applies himself, first with the “language of stones” that is all that the dead are allowed, to restore his daughter’s understanding. In the lexicon of death, there is no word for “father”, so he identifies as “her tree.” Incrementally, he nurses his daughter's vocabulary along until there is at last a blessed Recognition.

This is the center of the piece, and it is crafted with sensitivity and skill. By re-teaching her language, Eurydice’s father brings her back to the recognition of who she is, of who he is, and of who they have been together, and might now be again. To top it off, the Father celebrates their reunion by quoting Shakespeare. Specifically, he recites from King Lear Act 5, when Lear and Cordelia, their army defeated, are captured and consigned to prison. In that moment, Lear seeks, lucidly or not, to comfort his loyal and loving daughter by telling her tales of the jolly time they will have, just the two of them, in captivity:

We two alone will sing like birds i' the cage:
When thou dost ask me blessing, I'll kneel down,
And ask of thee forgiveness: so we'll live,
And pray, and sing, and tell old tales, and laugh
At gilded butterflies, and hear poor rogues
Talk of court news; and we'll talk with them too,
Who loses and who wins; who's in, who's out;
And take upon's the mystery of things.

Reader, this blogger shed discrete but real tears at this time.

Alas, the slow restoration of lifelike thought is for naught. Orpheus arrives, the deal is made, he looks back and, suffice it to say, everyone that one might care about among these characters is far worse off at the end of the tale than at the beginning. For Eurydice and her father, as for Cordelia and Lear, the tragic slide can only be delayed so long. While Eurydice does return to the Underworld, her Father’s hopes for a future with his once lost daughter come to no more than Lear’s wishes for comfort in shared confinement. All ends sadly when [spoilerish Act III details redacted].

No, there are no happy Eurydice stories, but there is some comfort to be had, for we the as-yet still living, in knowing that there is now one more sad Eurydice story to share in.

“Life isn't fair, it's just fairer than death, that's all.”

—William Goldman,
The Princess Bride: S. Morgenstern's Classic Tale of True Love and High Adventure: The "Good Parts" Version Abridged by William Goldman
[It’s in the book, but not carried over entire to the film]