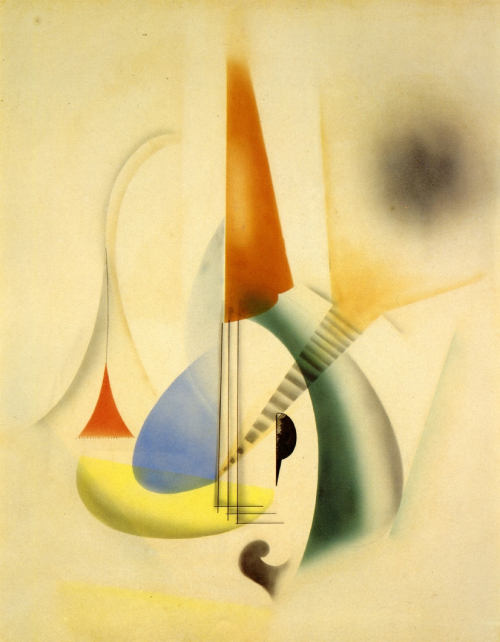 Near as I can parse it, I first posted a year-end Music List here fifteen years ago, in 2006. Some few folks seem actually to look forward to it, and it gives me a chance to think a bit more about what I have liked and why I have liked it, so I have gone and done it again.

The ordering principle this year is no more consistent than in any prior year. Ostensibly there are 60 entries, but the total album count is slightly higher as a result of combining multiple releases from any given principal artist as a single entry. The entries have been collected in six groups of ten, and the groups are arranged in descending order of preference, i.e., the first Ten does qualify as a personal Top Ten. Within each group, including the first, the selections are listed quasi-alphabetically by first name. Many of the comments are adapted from Twitter entries (@foolintheforest), others are hand-crafted just for the List. I grew tired of the process and stopped at #50, which should not reflect poorly on my enthusiasm for the remaining ten.

Whenever possible, I have linked to Bandcamp. I will not nag you again to buy your music and to support artists by buying as close to the source as possible (commonly via Bandcamp), because you already know that it is meet and right so to do.

In a year of strains and sorrows and aggravations for everyone, everywhere, at least the music was still good. Here is my personal assessment of the most-good.

If I Did It, i.e., if I ranked individual selections on this list, there is a fair and genuine chance that this would be #1, and not just alphabetically. It surprises and astounds me at every turn every time, even though I have heard every turn each time before. I think the secret here is Arooj Aftab's voice, which is absorbable through every pore and porch of entry. I wish her well, and then some, with the Grammy nominations, especially New Artist: they gave it to Esperanza Spalding in her year, so there's hope. "Mohabbat" has rightly garnered the most attention, but I have a secret tooth for the reggae number, "Last Night."

A state of Chicago-school Creative Music report from Artifacts, which is to say Nicole Mitchell, Tomeka Reid, Mike Reed.  If "Pleasure Palace" does not drag you in, there's just no reasoning with you.

Three Caroline Davis releases this year, each a treat. Portals, on the theme of mourning, is shot through with veins of unanticipated joy.  Vitalic is a burner for improvising trio. My Tree's Where the Grace is serves vocal-forward, hip-troppy, engaged and engaging R&B. Arcing sparks for thinking hearts.

Speaking of voices, as I did above: this. A perfect mesh of singer and repertoire. Emily D'Angelo makes it new again, particularly in selections from Sarah Kirkland Snider and Missy Mazzoli.

First and last, she is a poet and a voice, is Moor Mother: a sifter of histories and a prodder at the sore spots and wrongs those histories bear forward, and a seeker after every possible outlet for that voice and that sifting and that prodding. Solo, in a band [as in Irreversible Entanglements], or in collaboration, she is a force.  The new Irreversible Entanglements is my clear personal favorite here, because I track to jazz/creative improvised music as a genre over rap-centric hip-hop just now, but Black Encyclopedia is a strong strong instance of the latter and a must-hear of its own.

Jesup Wagon - variations on the theme of George Washington Carver - is one of the great longform jazz/creative improvised music albums, certainly of our time and likely to be judged so long term. Immersive and subversive and full of depths to be plumbed.

Kind of flat out amazing, this one. I am somewhat at a loss to describe it, but it got in my head and would not let go, which marks it as an obvious top-ten item with me.

Maybe the angriest album on this list, though Moor Mother [who guests here] would surely compete. Everything that is striking about current London-based jazz, particularly the amalgamation of musics from the worldwide imperio-colonial shadow, in one potent and dangerous package. Roars and growls and rocks and shocks to glory.

Finest progg-y thing in a dog's age. It rocks, it jazzes, it choralizes, and it rules. Savor, please, its infinite variety.

Expansive positivity in a messed up world: Kindness, Joy, Love, Happiness, Peace, more Love, also Understanding; guest appearances by divers gods, planets, stars and other celestia. Did I mention it grooves? And it grooves nonstop.

The Brewis brothers crafty writing and arrangements never let me down, and this is their finest until the next one. Just listen. If it's not for you, that's fine. If it is for you, you'll be back to it again and again.

Gabriella Smith is one of the most constantly interesting of the current 'rising young composers,' and a true voice of California. Her work here with cellist Gabriel Cabezas [yMusic] is a mutual absorption and exchange of ideas in a paean and elegy for the Golden State's seemingly endless northern Pacific Coast. Layered cello and voice, and extended techniques for tea strainer. All overseen by violist and new music evangelista Nadia Sirota, in what I do believe is her first credit in the role of producer; she has entirely nailed it.

Young, Argentine, 75% woman-driven quartet dives enthusiastically into a potful of Ornette Coleman, with side jaunts into Albert Ayler and Paul Motian, and not a wind instrument in earshot, and it's an earfulfilling feast.

After several years of essentially-live releases, the first studio rendition of this raucous ball of jazz momentum.

A smooth sweet courtly metal death dance with bluebirds on basalt. All praise, for each prize it prises from the dark.

An antique sound world - violas da gamba - brought to bear in of-the-moment ways, with a marvelous variety of the sober and the antic. Insufficiently noticed, I thought, so you'll be extra hip, and rewarded, if you give it some attention.

You don't have to watch Dynasty
To write a rad etude

A pure pleasure play, combining Ms. Marie's irresistible vocals - sweetness, but also a will with which one ought not to trifle - atop reggae, hip-hop, jazz, occasionally spiked with the post-minimalist melodicism of composer Michael Vincent Waller (as himself and as MVW, the persona behind his own venture into classical trap music (see below)).

Selected works of Charles Mingus retooled for vicious barrelhouse piano and nasty barroom vocal stylings. The cadenza on "Faubus" is👌.

A compilation of previously unreleased Chris Cerrone pieces, mostly emulating times and places of importance to the composer with a moving but muscular sympathetic delicacy.

Windblown bone-cold prairie heartsickness, that is Americana. Look it in the eye, reach out to shake its hand, glance away, inhale, repeat. No flinching.

Michael Vincent Waller has been a recurring presence in high places on this Fool's lists. Here, he launches out of the picture plain to conjoin his modal, Satie-an aesthetic with a serious and committed connection to trap beats, in the company of producer Lex Luger. I know nothing of that world, but it sings true here and sits with surprising comfort beside its hoity-toity classical forebears-become-compatriots, all in a way not easily dismissed.

The things that have endeared Nico Muhly's music to me from the start flare and thrive in abundance in this bassoon concerto. Reminiscent of the Tempest themes from "I Drink the Air Before Me," with particularly direct invocations of the English sacred music that so often nourishes this composer.

The hopefully-nearly-post-pandemic return of Andy Lee is more action-packed than the super-minimalism on which his reputation rests, but the underlying optimism of this suite of meditations on holy days is truly welcome.

The Floating Points/Pharoah Sanders collaboration [which appears farther down on this list than on many another] got all the attention and it is certainly easeful and lovely to listen to but, as stream-crossing Creative Improvised Music meets Classical/NewMusic projects go, this for my money was the sweet and prickly, steep and deeper, realer dealer.

A superb modular synth album, in the spirit of '70s Germans such as Michael Hoenig, tht isonly improved by the application of deep distillations of classical raga.

The "string quartet with beats" thing could have been an empty crossover stunt, but it escapes that ignominy. Particularly on the non-video'd selections, the engagement between superb technique and vestiges of clubland and chillout is not at all trivial in its effects. [To be honest, while I recommend this album, the better example of this Quartet working in this zone is the under-noted, Vonnegut-inspired Oak & the Ghost from 2019, which I will not cease from recommending.]

If a single musician appears most frequently on this list, it is almost certainly drummer/percussionist Chad Taylor. He is up there in the top 10 on Dave Easley's pedal steel imaginarium and grounding or igniting both James Brandon Lewis sessions; also in Jaimie Branch's band, and I'm convinced I am missing at least one more. Here he is in his own right, in two duo formations. On both of these, whether working off of Chris Schlarb's guitar or Joshua Abrams' guimbri. His playing is louder and more openly forceful elsewhere, but his focus and attention to detail pack an equal punch in these sessions, and beneficent world-embracing spirits, the like of Don Cherry or Alice Coltrane, can be sensed smiling over it all.

There is an ambience, and it never goes out.

Music from the South of juke joints, gospel choirs, juice and sweat and sweet harmony and love surpassing suppression. No, not that other South.

Spare, clean, sparkling, luxe and lovely as can be.

A jam-fest of Downtown scene notables from 1973. None other than Julius Eastman at the helm of the nasty, nasty organ.

There is an ambience, and it, too, never goes out.

A gallery of velveted and scintillant spaces.

Icelandic string drones are your only drones. A most compelling almost-final gesture from the Spektrals.

Tuba man Theon Cross, an important Son of Kemet, on his own terms, slaking his thirst for Caribbean grooves.

I wander about at differing distances from Morton Feldman, but he is a still point to which I regularly reorient. Tyshawn Sorey's immensely fine "For George Lewis" builds gorgeously on that Feldman sound world.